Hazlewood also revealed that fellow pacer Mitchell Starc has returned to bowling after suffering a pectoral injury in the Canberra Test against Sri Lanka.

While Australia are still sweating over the fitness of Jhye Richardson, who dislocated his shoulder and was forced to fly back home during the ongoing series against Pakistan, the defending ICC World Cup 2019 champions can heave a sigh of relief with another pacer, Josh Hazlewood confirming on Tuesday that he will be fit in time for the global event which gets underway May 30. (ALSO READ: 3rd ODI: Australia on cusp of series, Pakistan desperate)

Hazlewood, a vital cog in the Australian wheel, was diagnosed with a back injury in January that him miss the Australia s Tests against Sri Lanka and the limited-overs tours to India and the UAE.

“When the squad gets announced I’ll probably be 65-70 per cent (fit) and I’ve still got a good four or five weeks from that date to get ready to play one-day cricket,” Hazlewood said on the latest episode of The Unplayable Podcast.

“We head up to Brisbane early May, there’s a couple of games against New Zealand I believe I don’t think I’ll be fit for those but the one-day warm-up games in England I think I’ll be right. Cutting it a little bit close I guess but pretty confident.” (ALSO READ: Taylor, Chappell, Healy question Cricket Australia s ball-tampering review)

Hazelwood said he returned to bowling last week and is on track to be named in Australia’s World Cup squad, which will be unveiled by April 23.

Australia will face New Zealand side at Allan Border Field as part of their World Cup preparations, with two official warm-up matches against England and Sri Lanka scheduled ahead of their first match against Afghanistan on June 1.

Hazlewood also revealed that fellow pacer Mitchell Starc has returned to bowling after suffering a pectoral injury in the Canberra Test against Sri Lanka. “He (Starc) looks fine, he started bowling as well this week. He’s coming off not as big a break as me so won’t take him long to get up and running, Hazlewood said. (ALSO READ: Selectors will have a massive headache to pick the World Cup squad: Nathan Lyon)

“It’s quite an unusual injury but someone who is so flexible like Mitch those things can happen. He seems to be heading in the right direction.”

“You hate seeing that with any player especially a young quick who has probably had the best summer of his life so far. In every format he’s done the business.” 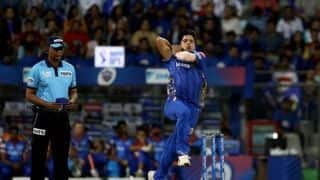 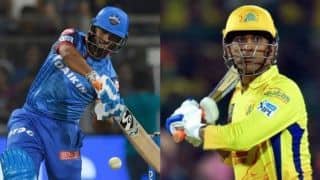