India off-spinner Ravichandran Ashwin congratulated New Zealand left-arm spinner Ajaz Patel for claiming all ten wickets against India in the first innings of Mumbai Test, a feat that can only be matched but not broken. 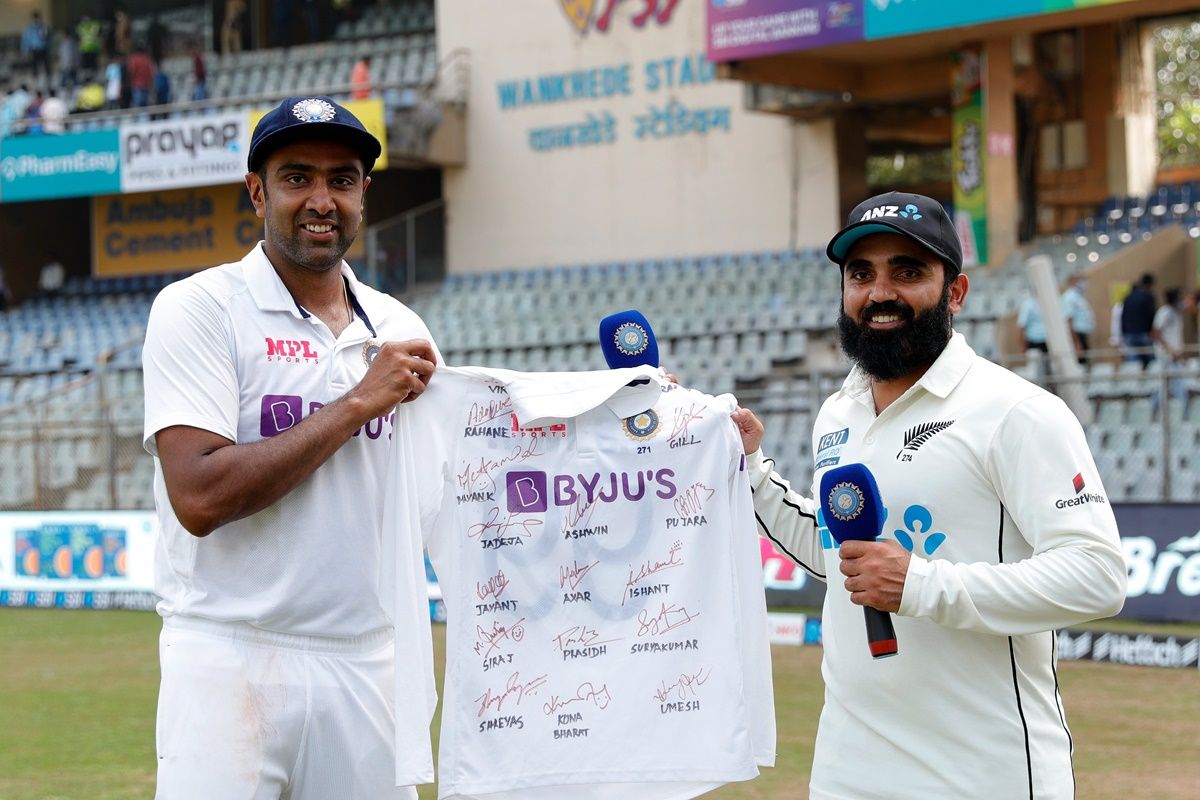 Mumbai: India off-spinner Ravichandran Ashwin was once again in his elements in the Mumbai Test, having returned with match figures of 8 for 42 after bowling 31 odd overs but his congratulatory message to New Zealand spinner Ajaz Patel who claimed all ten wickets in the first innings, takes the cake in the presentation ceremony. The India off-spinner applauded Patel during the second Test at the Wankhede Stadium, adding that destiny played its part as well.

On Saturday, the second day of the Test, Patel became just the third bowler to take all 10 wickets in a Test inning, finishing with figures of 10/119 in 47.5 over. Patel’s historic performance and an overall match haul of 14 wickets was not enough to help New Zealand avoid a 372-run loss and lose the series 1-0 on Monday.

“Before I get to what I did, it was a wonderful performance by Ajaz. It doesn’t spin all the time in Wankhede, and he used the seam and put the ball in the right places, and there was a bit of destiny involved in his 10-for too,” said Ashwin in the post-match presentation ceremony.

Ashwin was adjudged ‘Player of the series’ for picking 14 wickets at an average of 11.35 and making 70 runs with the bat in three innings. “I think I’ve got 10 (Player of the Series awards now). I enjoyed that pitch, (it) spun and had a bit more bite. I enjoyed Wankhede honestly, and every day there was something new, and I could challenge both edges.”

Asked about his spin partners at Wankhede, Axar Patel and Jayant Yadav, Ashwin was in praise of both.

“Jayant and I have a good relationship from 2014 when he flew down to Chennai from Haryana to pick my brains. Axar, I’ve been playing for a while at Kings and Delhi Capitals.”

The 35-year-old concluded by saying that he would like to win a Test series in South Africa, which is also India’s next assignment starting from December 26.

“For starters, I’d look to play a part in South Africa and finish off with a series win. We haven’t done that before, and hopefully, we can do it this time.” 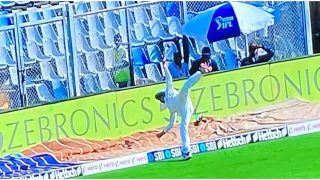