After guiding his team to a massive win, Jamieson said it is surreal to be crowned the champions as he was happy to play his part. 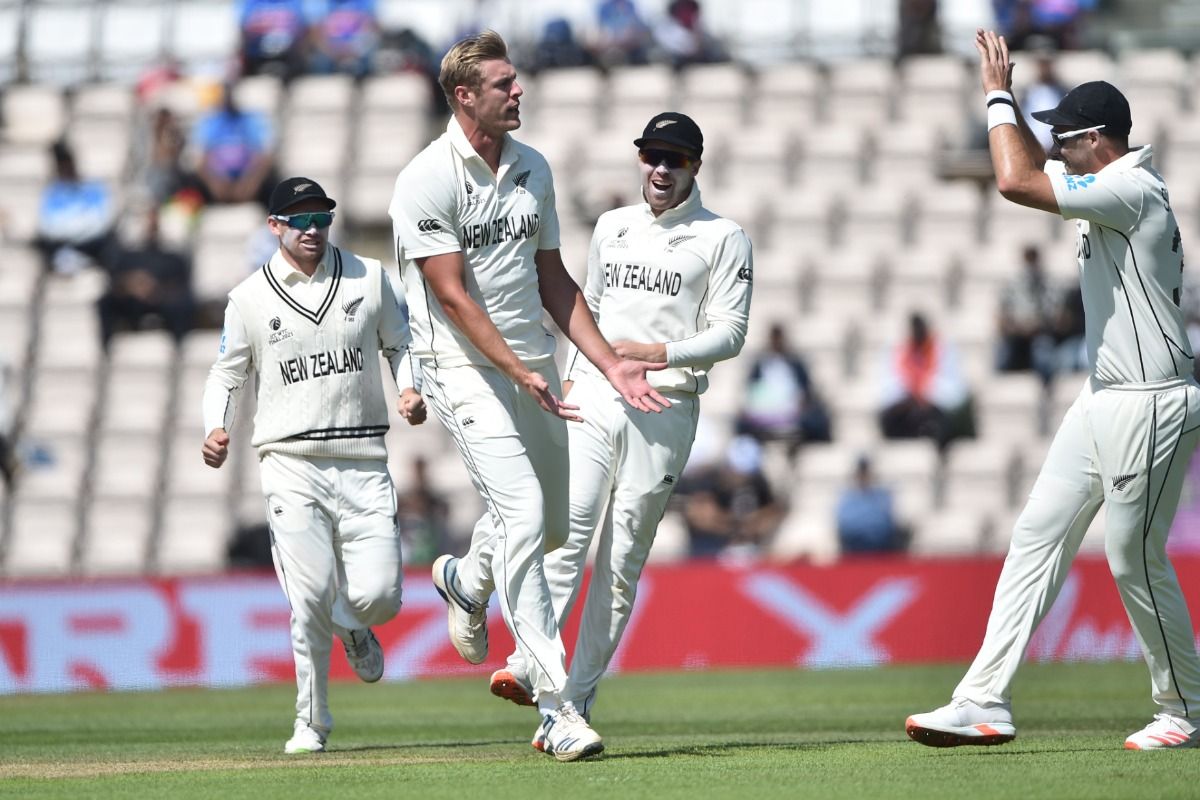 New Delhi: New Zealand beat India by 8 wickets to become the inaugural World Test Championship winners on Wednesday. New Zealand played dominant cricket throughout the Test as their bowlers played a massive role in the team’s historic win. Kyle Jamieson was named Man of the Match for his match-winning spell in the first innings as he became the first bowler to pick a five-wicket haul in the WTC final.

After guiding his team to a massive win, Jamieson said it is surreal to be crowned the champions as he was happy to play his part.

“It’s a massive moment. To have some context around Test cricket is big and to be standing here now is surreal. I knew we had a big first hour today. We had the ball in the right areas, and we knew it would be a tough task. It’s nice to have the ball first up and play your part,” Jamieson said in the post-match presentation.

Jamieson also picked two big wickets in the second innings – Virat Kohli and Cheteshwar Pujara on the reserve day to laid the foundation of the historic win.

The lanky pacer said that it was great to dismiss his Royal Challengers Bangalore skipper Kohli out twice in the summit clash.

“It’s nice to have a chance to do good things for the team. The work that the other bowlers did was really helpful for my figures. Virat is a world-class player, and it was good to have some experience against him at RCB. To pick him up twice in the Test was great,” he said.

Jamieson ended the WTC with the most five-wicket hauls – 5. The second on the list is Ravichandran Ashwin with 4. His bowling figure of 5/31 is the second-best by any bowler in an ICC final. The top on the list is Jacques Kallis with 5/30 during Champions Trophy Final in 1998 against West Indies.