At No. 6 position, Gavaskar wants someone who can throw his bat at will without thinking too much about the situation and picks wicket-keeper batsman, Rishabh Pant for that very role. New Delhi: India failed to make the most of the ODI series against South Africa as KL Rahul-led India lost the 2nd ODI at Boland Park, Paarl on Friday by 7 wickets as the Proteas clinch the 3-match ODI series with a match still left to play. India legend, Sunil Gavaskar feels that India need a finisher at no. 6 position, someone who can throw his bat at will without thinking too much about the situation and picks wicket-keeper batsman, Rishabh Pant for that very role.

The former India international was not happy with the middle-order which failed to live up to Dhawan-Kohli’s terrific partnership in the 1st ODI.

“The middle order floundered after the terrific partnership between Shikhar Dhawan and Virat Kohli, as Pant and the two Iyers (Shreyas and Venkatesh) were unable to cash in and take the team home,” Gavaskar wrote in his column for Times of India.

Pant could’ve reached new heights in the last ODI as he fell short by 15 runs for his maiden ODI century. Gavaskar said that the Delhi Capitals man has been used at No. 4 in the 50-0ver format and had not quite found the mojo in that position. He wants him as a ‘finisher’ and it would be a good idea to use him at No. 6.

“Pant, in recent times, has been used at No.4 in the ODIs where he has not quite found the right mix of patience and aggression, so maybe it might be a good idea to use him as finisher at no.6, where he can throw his bat at will without having to bother too much about the situation,” he wrote. 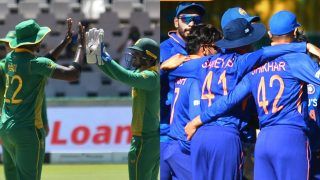 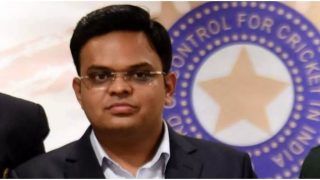