The three-day India A camp at the Feroz Shah Kotla ground started on a lacklustre note as batsmen like Ajinkya Rahane, Robin Bist, Cheteshwar Pujara were not provided with a single net-bowler by the Delhi and Districts Cricket Association (DDCA). 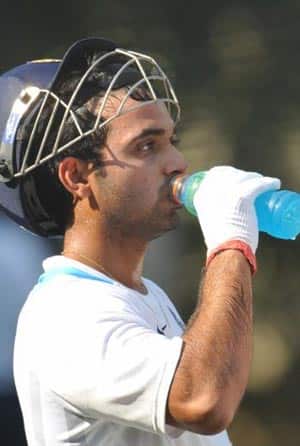 The three-day India A camp at the Feroz Shah Kotla ground started on a lacklustre note as batsmen like Ajinkya Rahane, Robin Bist, Cheteshwar Pujara were not provided with a single net-bowler by the Delhi and Districts Cricket Association (DDCA).

All the more bizarre were contradictory statements given by India A coach Lalchand Rajput and DDCA vice-president Chetan Chauhan.

So why wasn’t it arranged, the former India player politely replied, “You should ask the host association.”

When Chauhan was asked the same question, his answer was radically opposite of what Rajput told media.

“It was the duty of the team management to inform us about their requirement. They have told us today only and we would be arranging for some good net bowlers for the next two days,” Chauhan said.

It was surprising that the matter was not sorted out as both Rajput and Chauhan were present in Chennai a day before for collecting their one-time benefit cheques.

Today, it was bowlers like Parvinder Awana, Bhuvenshwar Kumar, Rahul Sharma, Akshay Darekar who did bulk of the bowling in extremely hot conditions.

On Caribbean tour, Rajput said that he wouldn’t like to put undue pressure on the likes of Rahane, Pujara or Rohit Sharma who are in contention to fill in Rahul Dravid’s slot in the Test team.

“They should play their natural game and I don’t think that a Rahane or Rohit is under extra pressure to perform.

Even someone like Pujara who was the original choice to replace Dravid but missed out due to injury has a good chance to stake his claim. Same can be said about Manoj Tiwary,” Rajput said.

The former Mumbai opener also admitted that nature of the pitches in the Caribbean will be like ones in the sub-continent sans Barbados where they might get a bouncy strip.

Rajput was, however, non-committal whether highest scorer in the last domestic season Robin Bist would get a chance considering all the other specialist batsmen have played for India in one format or the other.

“It is very difficult to say right now as to who all will play.”(PTI)