Opener Prithvi Shaw slammed 188 off 169 balls and Ravikumar Samarth made 137 as India A amassed 536 for four against the West Indies A on the third day of the first unofficial Test here. At stumps, India A led by 286 runs with six wickets and a day’s play remaining in the game at the Kent County Cricket Ground. India A thus made amends for the horrendous batting display in the first innings when they were bundled out for 133 in just 42.1 overs. The West Indies A scored 383 before being bowled out for a substantial lead.

However, the Indian batsmen feasted on the West Indian bowlers in their second innings as they not only overcome the first-innings deficit but also raced to a handsome lead. After his failure in the first innings, opener Shaw smashed 28 boundaries and two sixes during his blazing knock, while Samarth found the fence 14 times.

Shaw put on 181 runs for the opening wicket with Mayank Agarwal (68) and 158 runs for the second wicket with Samarth. After Shaw’s dismissal, Samarth and Karun Nair (77) added 166 runs for the third wicket to power their team to a mammoth total. Nair was unbeaten at stumps. 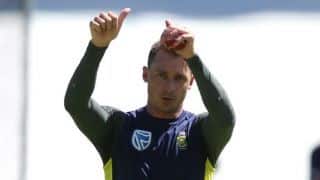 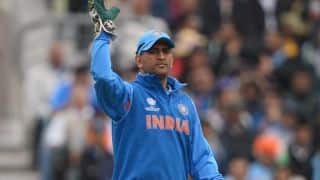