Team India have had a formidable batting line-up, but what has come good for the Men in Blue in recent times is their bowling unit.

With a historic Test and ODI series win in Australia and now, on the cusp of sealing the five-match one-dayers in New Zealand, Virat Kohli-led Indian team have become a dominant force in world cricket and will be the team to beat come the ICC World Cup 2019 in May at England and Wales. (ALSO READ: Ruthless India aim to close out series against abject New Zealand)

Team India have had a formidable batting line-up, but what has come good for the Men in Blue in recent times is their bowling unit the variety and skill players like Jasprit Bumrah, Bhuvneshar Kumar, Mohammed Shami and Umesh Yadav have cover for any limitations India s has with its frail middle order.

In the spin department, Chinaman Kuldeep Yadav and legspinner Yuzvendra Chahal have tormented sides latest being New Zealand and if opposition teams don t find a way to score runs when ‘KulCha’ have the ball, it s going to be an uphill task to be on the winning side against this Indian team. (India vs New Zealand, 3rd ODI, VIDEO: When and who presses the acceleration button for India?)

Former India left-arm fast bowler Zaheer Khan believes that Kohli and Co. are ready for the showpiece event this year.

At this stage, we can say this team is ready. Most of the players pick themselves, even the spinners numbers suggest that they are the ones who are changing the momentum in the middle overs and putting pressure on the opponents. The fast bowlers are ticking the boxes by picking early wickets and giving spinners the platform to dominate; then you have the top three batsmen who are so consistent, Zaheer was quoted as saying in a report in Hindustan Times on Sunday. (ALSO READ: Pujara s unbeaten century puts Saurashtra on course for victory)

All in all, the consistency and formula of success is also clearly defined. We have bench strength as well.

One who has 311 wickets in Tests and 282 in ODIs, Zaheer reckons the bowling unit is a formidable one.

When you talk about bowling, you have to have a bowling unit supporting you. In this series (vs Australia) also, you look at the distribution of wickets, all the bowlers have played a part. Looking at the bench strength, you have the likes of Bhuvneshwar and Umesh, it is suggestive of the fact that the depth in the line-up has been a factor in making the bowling unit look very good, said Zaheer.

He singled out Bumrah, who was the standout bowler in the Test series against Australia with 21 scalps in the four matches to end the series as the joint-highest wicket-taker along with Nathan Lyon.

It s great to see Bumrah s career. The contributing factor has been that he is willing to learn and keeps adding to his armoury. He has a big inswing and now he is backing it up nicely by learning the delivery that goes away. He has a great yorker along with a very good slower one, which makes him really good in the shorter format as well. He has the X-factor in him as well, which is the unorthodox action, he said. (ALSO READ: Until opposition teams find ways to read Kuldeep and Chahal, they will not succeed: Azharuddin)

Dhoni is not just bringing his game to the table. Pressure plays a big part at the World Cup and he has vast experience; we can see how active he is behind the wicket as well, sharing inputs with the captain, Zaheer said. 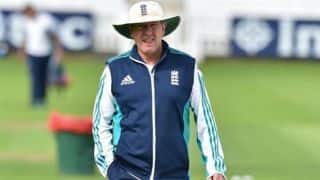