Faf du Plessis admitted that tougher challenges lay ahead but said a record win over Bangladesh had given his team confidence ahead of series against India and Australia.

South African captain Faf du Plessis admitted that tougher challenges lay ahead but said a record win over Bangladesh had given his team confidence ahead of series against India and Australia later in the season. Fast bowler Kagiso Rabada led a ruthless bowling performance as South Africa completed an innings and 254 run win midway through the third day of the second Test at Mangaung Oval on Sunday to complete a crushing 2-0 series win. ALSO READ: South Africa thrash Bangladesh by an innings and 254 runs; win series 2-0

Rabada took five for 30 as Bangladesh were bowled out for 172, a slight improvement on their first innings of 147 in reply to South Africa s 573 for four declared.

We had really good targets that we wanted to achieve in this series and we achieved those hands down, said du Plessis. It gives us a lot of confidence but we appreciate that India and Australia are going to be a lot tougher. Bangladesh possibly didn t have the firepower that we thought they would have in these conditions.”

Du Plessis said big hundreds and important partnerships from the batsmen and a relentless bowling onslaught had been as much as could have been expected from the team. We appreciate that we ve still got a lot of work to do to be the finished article but if we do get better we ll be challenging for that (ICC) number one ranking again.

It was the biggest win in South Africa s Test history, surpassing the innings and 229 run victory over Sri Lanka in Cape Town in 2000-01. 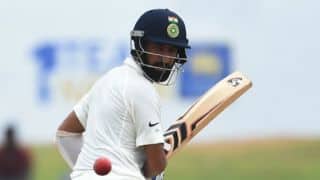 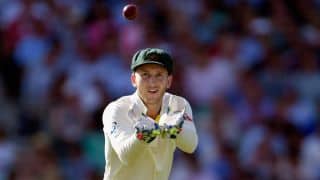