The BCCI last month opened up applications for various roles inside the Indian team.

Former India pace bowler Venkatesh Prasad is among the applicants for the post of bowling coach of the Indian men’s cricket team, according to a report in the Times of India.

The newspaper claimed that Prasad, who was India’s bowling coach from 2007 to 2009, as confirming that he had put his name in for the job.

(READ: Delay in process of appointment of India’s head coach)

During his time with the Indian cricket team, Prasad worked with the bowlers that helped win a Test series in England in 2007.

The BCCI last month opened up applications for various roles inside the Indian team management, including head coach, bowling coach and batting coach. Current India coach Ravi Shastri’s contract ended after the World Cup but he and the support staff have been given a 45-day extension for the West Indies tour that starts Saturday.

(READ: Tom Moody in contention to become next India coach)

Among those linked to the head coach’s role as Tom Moody, Mike Hesson and Lalchand Rajput, while Pravin Amre has reportedly applied for the role of batting coach, currently held by Sanjay Bangar until the end of India’s tour of the West Indies next month. Jonty Rhodes is eyeing the fielding coach’s role.

The BCCI is slated to review the applications from August 13. As per the BCCI’s new constitution, the post will be picked by the Cricket Advisory Committee, comprising World Cup winning captain Kapil Dev, former head coach Anshuman Gaekwad and ex-women’s team captain Shantha Rangaswamy, while the national selection panel will conduct the interviews of the support staff applicants. 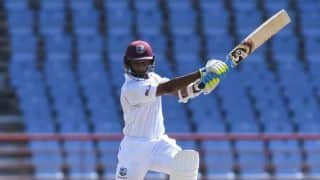