The newly formed CAC are yet to give the undertaking of conflict of interest, thus delaying the process of appointment of the India's head coach.

The newly formed Cricket Advisory Committee consisting Anshuman Gaekwad, Kapil Dev and Shantha Rangaswamy are yet to give the undertaking of conflict of interest, thus delaying the process of appointment of the India’s head coach.

“As of now, newly formed CAC has not given any undertaking of conflict of interest. So the hiring process of the coach may get delayed. But we are expecting the undertaking soon,” said a BCCI source as quoted by ANI.

The last date of filing an application for the position of head coach was July 30, and it is learned that the list of candidates involve former Afghanistan and current Zimbabwe coach Lalchand Rajput, ex-Sunrisers Hyderabad coach Tom Moody and former New Zealand coach Mike Hesson. ALSO READ: Lalchand Rajput in the race to be India’s next head coach: Report

“All are former cricketers and they are doing something or the other. Some are commentators, coach or running an academy. As of now, there is no alternative. We are expecting the undertaking soon from them,” the source went on to add. ALSO READ: Honour and recognition for women’s cricket: Shantha Rangaswamy on her appointment in CAC to pick India coach

Tendulkar and Laxman had resigned from the CAC while there was no information from Sourav Ganguly. So a new committee was to be formed for the appointment of head coach.

On being asked whether there will be any suggestions from the captain on the appointment of head coach, the source had said it’s up to the committee if they want to take suggestions or not. 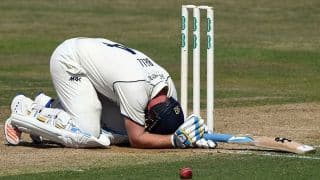 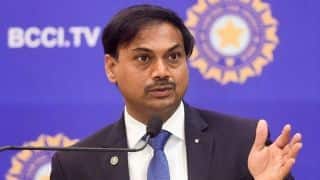