Lalchand Rajput in the race to be India's next head coach: Report

Lalchand Rajput in the race to be India's next head coach: Report

Rajput told The Times of India that it will be a privilege coach the current Indian team. “I will be privileged to coach this Indian team, which is brimming with talent. It just needs the right direction,” Rajput told TOI.

Rajput, currently involved in the Global T20 Canada league – coaching Winnipeg Hawks – has over 20 years of coaching experience. “I have a coaching experience of over 20 years at various levels. I’m the only Indian coach who has coached international teams like Afghanistan and Zimbabwe,” he went on to add. ALSO READ: Honour and recognition for women’s cricket: Shantha Rangaswamy on her appointment in CAC to pick India coach

The deadline for the applications invited by the BCCI for the posts of the head coach and other support staff expired on Tuesday and it is learned that aprat from Rajput, former Indian international Robin Singh, Australian Tom Moody and former New Zealand coach Mike Hesson are among other candidates.

The Indian coaching staff, including chief coach Ravi Shastri, were handed a 45-day extension after the the ICC World Cup, even though their contract ended with the showpiece event. ALSO READ: Kapil Dev-led Cricket Advisory Committee to select next Indian team coach

Besides Shastri, the support staff also includes assistant coach Sanjay Bangar, bowling coach Bharat Arun and fielding coach R Sridhar. The decision was taken by the Supreme Court-appointed Committee of Administrators (CoA) and was uploaded in the minutes on BCCI’s website.

Later, a Cricket Advisory Committee (CAC) comprising Kapil Dev, Anshuman Gaekwad and Shantha Rangaswamy was on July 26 entrusted with the responsibility of selecting India’s new coach, the interviews for which are expected to be conducted in mid-August. 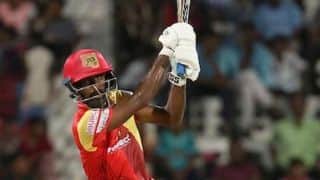