Recently-retired Rahul Dravid on Sunday indicated that he is open to the idea of coaching the Indian cricket team in future. 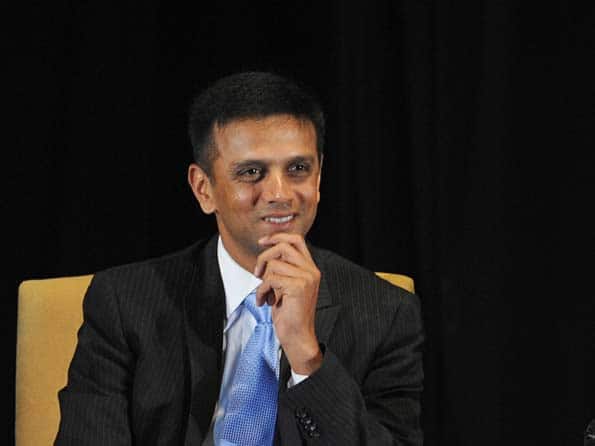 Recently-retired Rahul Dravid on Sunday indicated that he is open to the idea of coaching the Indian cricket team in future.

“Who knows someday in the future,” Dravid answered when asked if he would be interested in taking up coaching responsibility of the Indian team in future.

Though he refrained from making a commitment, Dravid pointed out his stint with Rajasthan Royals in this year’s Indian Premier League (IPL) when he was the captain-cum-mentor of the side.

“I don’t know. Lot of things that I have not decided on. I don’t have the level 1, 2, 3 certificates that people want sometimes.

“It was part of my role with Rajasthan Royals this year. It was little more than leadership, I was invloved in the tactical and coaching side of it… Enjoyed doing that,” he added.

Dravid, a true gentleman of the game, revelaed that he has lost his cool on a couple of occasions in the course of his glorious 16-year-international career.

“In the privacy of the dressing room, I have let myself go, throwing a few bats. I don’t get angry very often but there have been times when I have been frustrated with myself, maybe after playing a bad shot, after getting out, I have done some damage to some equipments of mine.

“Once or twice in the course of 20 years, I think you can allow me that at least.”

For someone who has played countless match-winning knocks at the highest level, it is difficult to pinpoint one, and Dravid rated his double century in the 2003 Adelaide Test against Australia as one his best innings.

“In terms of control and just the way I have played through the innings, I think it was one of the best constructed innings. Also considering that Australia had scored over 550 runs. But frankly speaking, it was a good batting wicket,” he told CNN-IBN.

The former India skipper said that the sense of bonhomie was what attracted him towards a team sport like cricket.

“That is one of the biggest joys of team sport,” he said when asked how they would elebrate wins, before adding, “what drew me towards team sport were the camaraderie and friendship.

“The chance to celebrate victory and success with a group of other people is something I have enjoyed doing. There have been some big celebrations… Adelaide was one of them.”

Reminded about the six that he hit to get to his century in that Adelaide Test, Dravid said,”I never intended to hit a six. it just happened. I didn’t thought, it happened instinctively.”

And as far his association with VVS Laxman is concerned, Dravid said, “It was fantastic and a privilege to bat with him all these years and share some lovely, wonderful partnerships. VVS was a good laidback South Indian boy.

“I had the opportunity to bat with Sachin (Tendulkar), (Virender) Sehwag, Sourav (Ganguly), (Gautam) Gambhir, Laxman and (Mohammad) Azharuddin… guys who are legends of Indian cricket.

Asked about his ability to bat at any position any don any role, Dravid said,”That’s the beauty of team sport as I had said earlier. I was in the hockey team in school, played football. One of the challenges for me was to make the team feel better. It helped me evolve, so batting at different positions was never a problem.”

Dravid, who admires Viswanathan Anand the most outside the cricket fraternity and who described the chess champion’s achievements as “staggering”, continues to play lower division cricket.

“I have not been training…it’s been only a month. I have played a couple of matches over the last two weeks — the final of the TNCA league and a second division final. But no practice, no training and no warm-ups.”

Asked about his decision to participate in lower division leagues after playing at the highest level for so many years, Dravid said, “People like Gundappa Viswanath and Sudhakar Rao continued to play even after retirement. I have played with them (in his initial years) and it was a huge thrill for me to play against them.” (PTI)