T Natarajan is the first ever India cricketer to debut in three formats during the same tour. 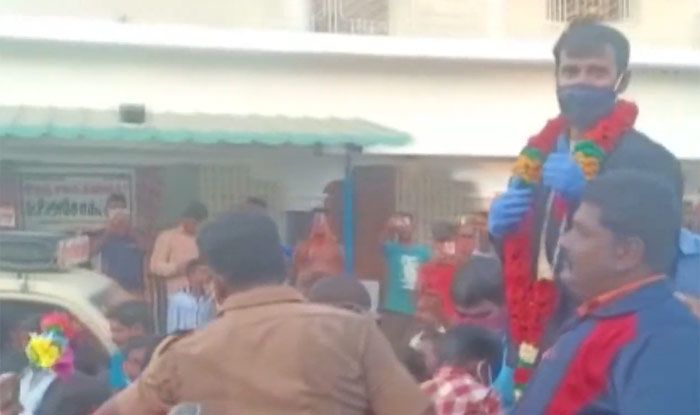 India fast bowler T Natarajan was greeted by about 5,000 people and taken on a horse-drawn chariot upon arrival in his native village Chinnappampatti in Salem district on Thursday. Natarajan is the latest India fast bowling sensation who is the first ever from his country to make his debut across formats on the same tour.

He was picked by India as one of the net bowlers following an impressive IPL 2020 for Sunrisers Hyderabad. However, as luck would have it, an injury to spinner Varun Chakravarthy opened up a slot in India’s T20 squad for Australia tour with Natarajan being called up as the replacement.

Then during the ODIs, he was added as an injury cover for Navdeep Saini and went on to make his India debut in Canberra, taking 2/70. He played in all the three matches of the T20I series that followed and when the tourists were hit by injuries to several of their first-choice fast bowlers, he made his Test debut in the fourth and final Test in Brisbane which India went on to win by three wickets.

This is India. Here cricket is not just a game. It is so much more. Natarajan getting a grand welcome upon his arrival at his Chinnappampatti village in Salem district. What an incredible story.#Cricket pic.twitter.com/hjZ7kReCub

He picked 3/78 in the first innings, a performance that proved vital.

“Close to 5,000 people were present. The entire village had turned up to wish him. He reached his house in the evening and saw his daughter for the first time,” an official told IANS. “The who’s who of the village came to wish him. All the local government officials also went to meet him.”

Natarajan was taken on a chariot for two kilometres in his native village Chinnappampatti.

The 29-year-old’s daughter was born while he was playing in the UAE for SRH in IPL 2020. Since he was picked up by India for the Australia tour, he couldn’t travel back to India and so saw her for the first time on Thursday.

Natarajan landed in Bangalore before travelling to his village which falls under the Salem district. 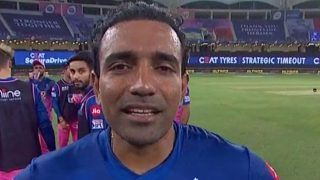 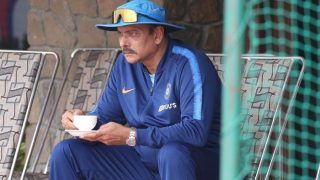