Dravid will need to apply for the job as BCCI has done away with the practice of direct appointments following a few questionable recruitments.

India great and junior coach Rahul Dravid will need to apply for the post of head coach at the National Cricket Academy (NCA) after the BCCI on Saturday decided to invite fresh applications.

The BCCI will be inviting applications for the newly created position of head coach and Dravid, who is already in charge of India A and India under-19 teams, is the front-runner for the job.

“A transparent application process will be followed like it is the case now with all BCCI jobs. Dravid is obviously a favourite for the role as he is already in charge of the junior national teams,” said a BCCI official after a Committee of Administrators (CoA) meeting in New Delhi.

While COO Tufan Ghosh will be taking care of the administrative work at NCA in Bengaluru, the head coach will be responsible for a complete revamp which will include hiring of fresh coaching staff at all levels, besides monitoring the upcoming generation of cricketers. (ALSO READ: Rahul Dravid likely to become head coach at NCA: report)

Dravid will need to apply for the job as BCCI has done away with the practice of direct appointments following a few questionable recruitments. India head coach Ravi Shastri too will have to reapply for the job once his tenure ends after the World Cup beginning in the UK next month.

Earlier this year, former India opener Vikram Rathour’s direct appointment as the batting coach of India A and U-19 team was stalled after his conflict of interest case was brought to the notice of the CoA. (ALSO READ: BCCI backs Rahul Dravid, proposes life skills training for U-16 cricketers)

Rathour is the brother-in-law of current India U-19 national selector Ashish Kapoor and his appointment would have been a case of conflict of interest. 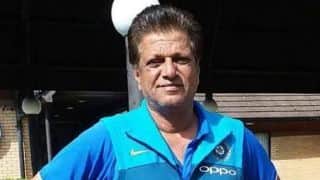 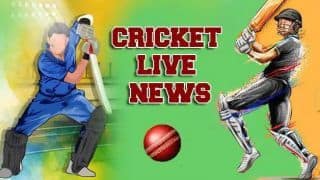