Rohit is being talked about for the opening slot, a position he has never batted in during his brief Test career so far.

Rohit Sharma and India’s opening combination will be the focus for the selectors as they meet today to pick the Test squad for the three-match home series against South Africa, starting October 2.

With KL Rahul’s form being a concern – as per chief selector MSK Prasad – the Karnataka batsman is likely to be rested and Rohit given another opportunity to add to his 27 Tests. However, Rohit is being talked about for the opening slot, a position he has never batted in during his brief Test career so far.

All of three of Rohit’s centuries have come while batting at No.6 while he has batted at No.3 in only two Tests. Rahul averaged only 20.00 in the two-match Test series against West Indies that concluded recently, failing to go past the fifty run-mark in the series. His last big score came in September, 2018 against England – a century at the Oval – and since then, he has not registered a single fifty plus score.

ALSO READ: Rahul may be axed, Rohit likely to be tried as Test opener as selectors pick Test squad on Thursday

But endorsments from head coach Ravi Shastri, former selectors Dilip Vengasrkar and Kiran More hint selectors will try and find a position suitable for Rohit at the top of the order.

If that is the case, Rahul’s axing would mean an opportunity for the selectors to pick a third opener and they could reward the consistent performers in Indian domestic circuit – Abhimanyu Easwaran and Priyank Panchal.

Easwaran scored 1131 lat first class season at 80.78 and made went on to smack 233 for India A against Sri Lanka A in May this year before being part of India A’s tour of West Indies. More recently, Easwaran made 153 in the Duleep Trophy final.

Panchal racked up 1164 at 58.20 last first class season and had a decent series with India A in West Indies.

Hardik Pandya was rested for the whole of the West Indies tour to manage his workload, but he will be back for the home series and selectors will have to figure out the combinations to fit in a pace-bowling allrounder in the Indian XI. He will be in the squad but in Indian conditions the preference wil lbe fora  spin-bowling allrounder and India have Ravindra Jadeja and Ravichandran Ashwin for that role.

Bhuvneshwar Kumar is still in the NCA for rehabilitation, meaning the pace unit will remain the same as it was in the West Indies. Kuldeep Yadav is likely to be the backup spinner. If the selectors pick 16-member squad, either Umesh Yadav or Easwaran could find a place in the squad. 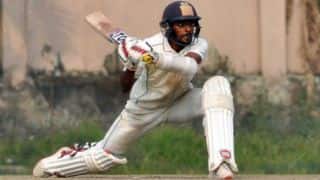 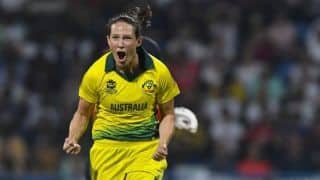