Indian women's cricket team can rise to the fourth position in the ICC Rankings if it makes a cleansweep of the upcoming ODI series against NZ.

Dubai: The Indian women‘s cricket team can rise to the fourth position in the ICC Rankings if it makes a clean-sweep of the upcoming One-Day International (ODI) series against New Zealand starting on Sunday in Bangalore. The series includes five ODIs but only the first three matches scheduled for June 28, July 1 and 3 will count towards the eight-team ICC Women’s Championship. Read: India-NZ women’s limited-overs series to be held in Chinnaswamy Stadium

The top four sides from this tournament will qualify automatically for the ICC Women’s World Cup 2017, while the bottom four sides will play in the ICC Women’s World Cup Qualifier. India are currently rooted to the bottom of the table on three points, with the White Ferns a point and a place ahead in seventh. Read: New Zealand women expect close series against India women

A 3-0 series victory for the visitors would see them move to joint third alongside the West Indies, while a 2-1 win would see both sides rise up the table — New Zealand into joint fourth while India would leapfrog Sri Lanka. Looking ahead to the series, India captain Mithali Raj said: “This series of games is vitally important as we bid to improve our standing in the Women’s Championship, and we know that we will be facing a well-drilled and talented New Zealand side.”

“There are some new faces in the squad and we believe that they will supplement our squad for this series and going forward as well. There’s a huge incentive for teams to perform well in this series and we’re focused on the task at hand. We’re excited to be playing at home and are hopeful that we can count on a strong following in Bangalore.” Read: Mithali Raj to lead India women against New Zealand in ODI series

Meanwhile, India will look to Jhulan Goswami, currently ranked top in the rankings for bowlers, to improve the ranking heading into the series. The medium-pace bowler has been in fine form of late in the competition and is also the highest ranked all-rounder in the rankings for all-rounders where she lies fifth on 233 points, three adrift of South Africa’s Marizanne Kapp. 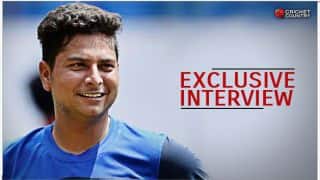 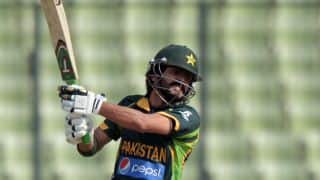