The BCCI on Thursday named an 18-man squad for the England ODI series.

Ahmedabad: The much-anticipated announcement has been finally made by the BCCI. An 18-man India squad has been named for the upcoming three-match ODI series against England starting next week in Pune with the selectors including three first-timers while dropping few who were part of the last series in Australia.

With the T20 World Cup set to be played later this year, the focus in on the shortest format but the make up of the ODI squad does give an idea the direction the Indian team management is heading towards. Among the 18 members, there are three who have been given their maiden ODI call ups, although two of them have already represented India at the senior level now.

In this article, we take a look at who have made the cut for the England ODIs and who have been dropped.

India vs England ODIs: Players Who Have Been Dropped

Sanju Samson, Manish Pandey, Mayank Agarwal and Navdeep Saini were all part of the Australia ODI series. However, all four have been excluded from the latest squad.

Wicketkeeper-batsman Samson didn’t get to play in the ODIs in Australia but he did play in all three T20Is. he though managed 48 runs across three innings. Middle-order batsman Pandey though got to play just one T20I during the tour in which he scored 2.

Agarwal, though, played in two ODIs in Australia, scoring 50 runs across two innings.

India vs England ODIs: Players Who Have Been Included

Suryakumar made his India bow in the ongoing five-match T20I series against England in Ahmedabad. He scored a half-century in only his second match. Allrounder Krunal has already represented India in 18 T20Is but has been included into an ODI team for the first time.

Prasidh Krishna, a right-arm pacer, has been handed a maiden India call-up after impressing in domestic circuit where he plays for Karnataka and in the IPL where he represents Kolkata Knight Riders. He has played 48 List A matches and taken 81 wickets at an average of 23.07 including two five-wicket hauls.

Also returning to the fold is the fast bowling duo of Bhuvneshwar Kumar and Mohammed Siraj. While Bhuvi has made a successful return from a long-term injury, Siraj has been rewarded for his consistent performances with the red-ball. 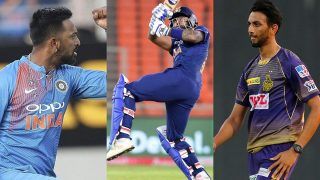 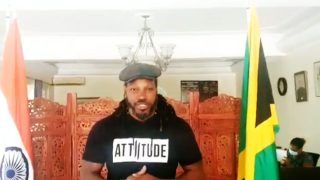