Putting up a dominating all-round show, India Red stormed into the final of the NKP Salve Challenger Series after thrashing India Green by eight wickets in the rain-hit second match of the tournament on Tuesday. 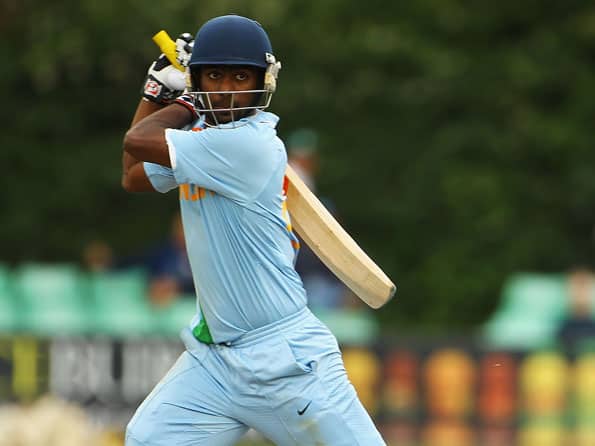 Putting up a dominating all-round show, India Red stormed into the final of the NKP Salve Challenger Series after thrashing India Green by eight wickets in the rain-hit second match of the tournament on Tuesday.

It was second win for India Red in as many days as they had defeated India Blue in the series-opener on Monday.

The Gautam Gambhir-led India Red side dismissed India Green for a paltry 170 in only 37.5 overs after opting to field and then easily overhauled the revised target of 152 with 78 balls to spare.

India Red were given 42 overs to achieve the target.

Part time offie Yusuf Pathan was the pick of the bowlers for India Red, grabbing four for 25 in only 7.5 overs.

While chasing, Gambhir led from front with a 53-ball 57 as he laid the platform for easy win by putting on 100 runs for the first wicket along with Abhinav Mukund (61).

Gambhir was dropped by Mohammed Kaif off paceman Abhimanyu Mithun when he was on just 14 and India Green had to pay for the mistake.

Kaif, who is a reliable fielder, knew what blunder he had committed as Gambir smashed Harbhajan for a six and a four in the next over and continued to find boundaries during his stay at the wicket.

India Red were 45 for no loss in eight overs when skies opened up and stopped play.

On resumption, Mithun finally got Gambhir when he lofted one straight to Ishwar Chaudhary at mid-off.

Gambhir’s knock was studded with six fours and a six and Mukund also hit as many boundaries and took 70 balls for his innings before being caught and bowled by Chaudhary.

Ambati Rayudu (16) and Yusuf Pathan (7) steered the side home without any hiccup.

India Red will take on the winner of tomorrow’s match between India-Green and India-Blue in Thursday’s final.

Earlier, there was a dramatic batting collapse of the Green team as they lost 10 wickets for only 70 runs after Robin Uthappa (56) gave his team a blazing start in company of Aniruddha Srikkanth (37).

The duo added 100 runs in first 15 overs before Uthappa’s impetuosity brought about his downfall.

Trying to give MP medium pacer Taduri Sudhindra the charge, the burly opener was caught at long-on. Uthappa played only 47 balls and hit eight fours and a six.

Uthappa’s dismissal started the collapse as another three wickets feel with the addition of 14 runs. T20 specialist T Suman (0) charged out to Pathan and was promptly stumped, followed by Aniruddha who edged one to Wriddhiman Saha behind stumps.

Mohnish Mishra (2) was run-out and Green team slumped to 114 for four. Mohammed Kaif who returned to the Challenger fold scored a painstaking 29 adding 36 runs in the process with glovesman CM Gautham (19).

The last six wickets went for only 20 runs with Gautham’s mistimed sweep leading the procession. Skipper Harbhajan Singh (0) tried an audacious sweep shot off Jalaj Saxena and was caught at third man.

The most interesting aspect of the Green innings was seven wickets that were shared between three spinners Yusuf, Jalaj Saxena (two for 39) and Chawla (one for 38) despite two new balls being used from both ends which keeps it sufficiently hard.(PTI)

Playing against India will be a massive challenge: Jonny Bairstow