Opener Sanjay Ramaswamy (123 not out) and Baba Aparajith (101 not out) lit up the final day with twin centuries as the opening match of the Duleep Trophy between India Red and India Green ended in a tame draw here today.

India Red gained three points from the encounter after securing a 28-run first innings lead while India Green had to be content with one point.

Red had made 337 in the first innings and restricted the rival to 309 in reply at the NPR College ground here.

Resuming at 38 for no loss, India Red lost skipper Abhinav Mukund (31) for the addition of 14 runs, when he was caught by Baba Aparajith off Ankit Rajpoot’s bowling.

Vidarbha opener Ramaswamy and Tamil Nadu’s Aparajith ensured that the team did not suffer any more jolts and batted confidently to put 210 runs for the second wicket.

India Red declared at 262 for 1 in 79 overs after Aparajith reached his eighth first-class ton.

Aparajith emulated his twin brother Indrajith, who had scored a century for India Green yesterday.

The two played confidently and came up with some pleasing shots as the bowlers toiled without success.

Vidarbha medium-pacer Rajneesh Gurbani was named player of the match for his impressive haul of 7 for 81.

India Red meets India Blue led by Faiz Fazal in the next match starting on August 23. 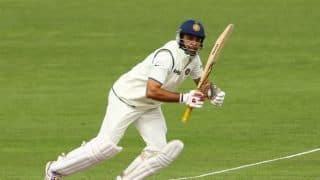 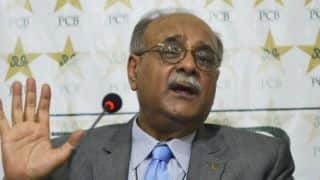