India Women registered a smooth and convincing 52-run win over Sri Lanka Women, in Match 12 of the ongoing Women's Asia Cup 2016, at Bangkok.

Big guns India registered a smooth and convincing 52-run win over neighbors Sri Lanka, in Match 12 of the ongoing Women’s Asia Cup 2016, at the Asian Institute of Technology Ground in Bangkok on Thursday. With this win, India continue their unbeaten streak in the tournament so far, as they are all set to play the final, while their last game of the league stage would be up against Nepal on Friday. For India, it was Mithali Raj, who was the top scorer with 62 runs, while in the bowling department, it was Preeti Bose and Ekta Bisht, who claimed three-wickets each. Sri Lanka’s Dilani Manodara was the top scorer with just 20 runs. FULL Updates, India vs Sri Lanka, ACC Women’s Asia Cup T20 2016, Match 12

Earlier, Indian skipper Harmanpreet Kaur won the coin toss, and elected to bat first, as they were off to a steady start, with the openers contributing 46 opening runs, before Smriti Mandhana fell for 21. 50 runs later, she was followed by Veda Krishnamurthy, who too fell for 21, while opener Mithali raj continued her dominant run in the tournament, as she eventually went past her half-century, before falling for 62 off an unfortunate run out, at the score of 121. Harmanpreet fell for mere 10 at the same total, as they set Lanka an average target of 122.

The Lankans were off to a shaky start, as they lost Hasini Perera and Chamari Atapattu for mere 6 and 9, at the score of 16. At the score of 33, it was their wicketkeeper-batter Prasadani Weerakkody, who fell for mere 14. following her dismissal, the incoming middle-order batters could not fair well, as they fell for single figures. However, it was Manodara, who managed to contribute 20 good runs, before falling to Preeti Bose in the 17th over, at the score of 60, while the tail-enders too continued their woeful story, and the team just managed to score 69 for the loss of 9 wickets in the allotted 20 overs, thus awarding India a respectable 52-run win. 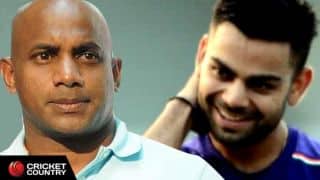