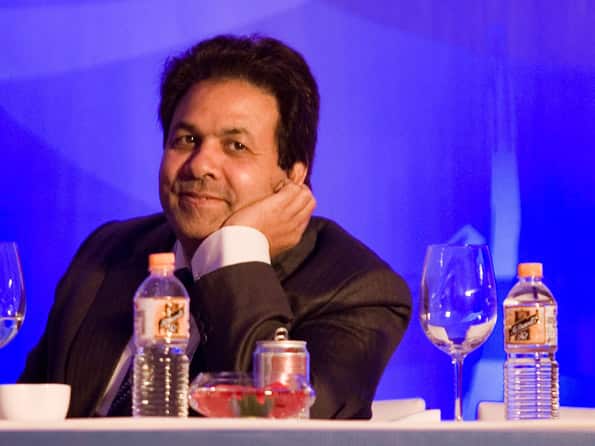 According to IPL chairman Rajeev Shukla, no player is under pressure to play in the IPL even if no player is complaining about the tiring scheduling of matches Getty Images

“I don’t think so. IPL is a different tournament. T20 is fun for fans and India’s performance will not have an impact on the tournament. We have told the curators that every match should at least have a 160-run total so that the spectators can the most,” said a confident Shukla.

Television ratings have dipped since India won the ICC World Cup in 2011. However, Shukla believs it is due to ‘cricket fatigue .

“Last year, there was cricket fatigue. Everyone watched the World Cup with great intensity and the fans got the IPL kind of fun while watching the Cup games. This year is different. Besides, the IPL audience is growing in numbers every year. In 2008, we had 102.4 millions TV viewers in the IPL and last year it went up to 160.2 million. We have a grand opening ceremony plus a whole range of entertainment activities lined up for IPL-V. It’s going to wow the fans, “Shukla was quoted as saying by Times of India.

According to Shukla, no player is under pressure to play in the IPL even if no player is complaining about the tiring scheduling of matches.

“We at the BCCI are ensuring that the players get enough breathing space in between series. Still, if someone is injured there is no pressure to play IPL. “

Shukla furthermore added, “ICC’s anti-corruption unit is already working with us in the IPL and the Interpol is extending its services to the existing system. In fact, Interpol head Ronald K Noble will be here for IPL’s opening ceremony and will also watch the first match.”

Shukla doesn t think that big Bollywood film releases will effect IPL and neither will IPL effect the success of the films as both of them have their own charm.

“I don’t think. IPL has a charm of its own. It’s (waning popularity) a myth created by media. I believe that no sector should come to a standstill because of IPL and vice versa. I strongly believe IPL is going to get bigger from here.”

Shukla also added that IPL committee has nothing to do with parties and cheerleaders.

“We have nothing to do with it. If the teams organize such gatherings, they should follow certain guidelines keeping in mind the fatigue factor. In the first three years of the IPL, it was compulsory for every Indian player except Sachin Tendulkar and MS Dhoni to attend IPL parties. From last year, we have dropped the mandatory clause. We want to ensure that players are not exhausted. As far as cheerleaders are concerned, it is for the individual teams to decide on their cheerleaders. Even the hospitality will be taken care of by the teams,” Shukla clarified.

On being asked about Amitabh Bachchan s role in the IPL opening ceremony, Shukla concluded, “He will conduct the oath-taking ceremony of the captains and also recite poetry written by Prasoon Joshi.”