The ministry has begun to prepare a legislation to legalise online sports betting in India.

Hold your horses. Your excitement is understandable, but it will take at least 2 years for the sports ministry to make a draft. The ministry has begun to prepare a legislation to legalise online sports betting in India. Given that gambling has been a hit in the UK, the ministry is likely to take help from them. The ministry has already started consulting with stakeholders in the government.

“The UK has one of the most effective gambling laws. We hope to understand their system and see if it is possible to introduce it in India,” a ministry official told The Indian Express.

“The UK has overcome this [poor funding] through lottery and online betting. The department is preparing an MoU with the UK and the aspect of betting will be included therein in order to understand the mechanism and evolve a view on the possibility of its introduction in India, the ministry said in its presentation. However, it can be beneficial to the economy as well as sports overall. We are looking at the best international practices in sports integrity and ethics framework, the official added.

Above all, former Chief Justice of India RM Lodha had recommended the same to the Supreme Court last year, stating, “As far as betting alone is concerned, many of the respondents before the Committee were of the view that it would serve both the game and economy if it were legalised as has been done in the United Kingdom.” 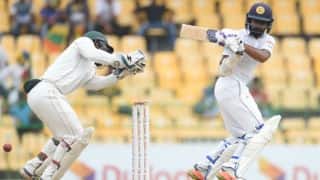 Sri Lanka short of 118 at lunch, Day 5 to clinch Colombo Test against Zimbabwe 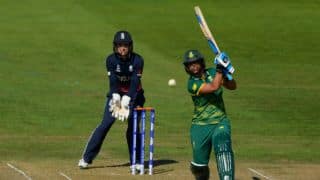