India travel to Australia on January 6, where they face the world champions in 5 ODIs and 3 T20Is.

Mumbai: The Indian squad for the tour of Australia to play One-Day Internationals (ODI) and Twenty20 Internationals (T20I) against the host country in January 2016 is to be picked in Delhi on Saturday. “The squad for Australia would be selected (by the selection committee headed by Sandeep Patil) at Delhi on December 19th,” said a Cricket Board source in Mumbai on Wednesday. The tour comprises 5 ODIs and 3 T20 Internationals to be played between January 12 and 31 at Perth, Brisbane, Melbourne, Canberra, Sydney (ODIs), Adelaide, Melbourne and Sydney (T20Is). Limited-overs skipper MS Dhoni is expected to be retained as the captain of the squad though India had been beaten both in ODI and T20 series by the visiting South African side. The squad is to leave for Australia on January 6, according to BCCI sources. READ: David Warner could lead Australia against India if Steven Smith is unfit

The Australia tour will be India’s next assignment after their lengthy ‘Mahatma Gandhi-Nelson Mandela’ series against South Africa on home soil. India lost the T20I and ODI legs of the tour 0-2 and 2-3, with South Africa handing India a 214-run thrashing in the final one-dayer in Mumbai. India however, bounced back superbly in the Test series to thrash them 3-0, with India getting the better of their opponents in the second game in Bengaluru before rain played spoilsport.

India had left for Australia around this time last year to lock horns against Australia in the four-Test Border-Gavaskar Trophy, in which Australia regained the title with a 2-0 series win. MS Dhoni suddenly announced his Test retirement after the second match, with Virat Kohli taking over the captaincy duties from him. 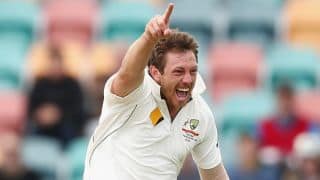 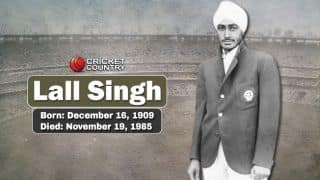