India to play hosts in as many as three ICC events in the coming decade with Pakistan getting to host Champions Trophy in the year 2025.

New Delhi: India to play hosts in as many as three ICC events in the coming decade with Pakistan getting to host Champions Trophy in the year 2025. The tournament schedule released by the International Cricket Council (ICC) shows India as co-hosts for the T20 World Cup in 2026 along with Sri Lanka while the 50-over World Cup will have Bangladesh as co-hosts with India. However, the Champions Trophy in the year 2029 will be held in India.

Here is a detailed list of countries along with the events that they will host:

Pakistan Cricket Board (PCB) chairman Ramiz Raja took to Twitter to share his delight and said that it will surely excite millions of Pakistan cricket fans.

“It’s a matter of great pride and delight that Pakistan will be hosting ICC Champions Trophy 2025. This great news will surely excite millions of Pakistani fans, expats and world fans to see great teams and players in action and will allow the world to sample our hospitality,” Ramiz tweeted.

The official Twitter handle of West Indies also retweeted ICC tweet with a caption, “The ICC Men’s T20 World Cup is coming our way! CWI and USA Cricket to host 2024 edition! Second time in West Indies; first time in USA! Get ready to be part of a great event!”.

Rahul Dravid Explains His Vision For Team India, Sheds Light on Workload Management For Players Ahead of India vs New Zealand Series 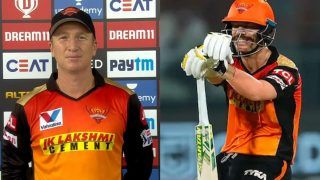