India tour of Australia 2014-15: 1st Test set to be rescheduled as David Warner, Shane Watson and Brad Haddin not ready

India tour of Australia 2014-15: 1st Test set to be rescheduled as David Warner, Shane Watson and Brad Had

Watson, Warner and Haddin are in no state of mind to return to competitive cricket.

The first cricket Test between India and Australia is all set to be rescheduled as three of the senior cricketers in Shane Watson, David Warner and Brad Haddin are amongst those who have already said that they are not in perfect state of mind to return to competitive cricket.

According to a report in ‘The Australian’, the first Test scheduled to start at the Gabba on December 4, may now be squeezed between the second Test at Adelaide (December 12-16) and the third Test at Melbourne on ‘Boxing Day’ (December 26-30).

The report stated,”The players met at the SCG yesterday where they were addressed by Michael Clarke after the death of Phillip Hughes on Thursday. The Weekend Australian understands that the Test squad was unanimous in their decision not to play the game.”

“Test players David Warner, Shane Watson, Brad Haddin and Nathan Lyon were on the field when Hughes was struck and attended to him in the terrible minutes after the extent of the damage became apparent. What they saw on the pitch, what they saw in the hospital and the grief they feel has stripped them of the desire to play cricket.”

There is an expectation that Hughes’ funeral cannot take place until Wednesday. His body will be taken back to his home town of Macksville on the mid-north coast. If the players attend funeral, it will be almost impossible to come back and concentrate on a Test match starting very next day.

Cricket Australia chief James Sutherland said that the BCCI was completely supportive of the situation.

“We’ve been in constant contact with the officials from the Indian cricket board and I’ve got to say that their understanding and empathy has been absolutely outstanding,” Sutherland said.

“They completely understand the situation. They’re doing everything they can to do that.”

“They’ll prepare themselves in the best way possible.

They understand that these are unique and extraordinary circumstances and I guess if the Test match goes ahead, both teams will have a very different sort of preparation.”

Former Australian captain Ricky Ponting is of the opinion that if the players don’t want to play, they shouldn’t be forced.

“If the boys make the decision they want to play then it has to go ahead, but all of them have to make that decision,” Ponting says. “But I don’t think they are going to be right.

“It’s one thing to think the guys will be ready, but people don?t understand how much heart and soul and concentration and effort they put into every single delivery over five days of a Test match.” 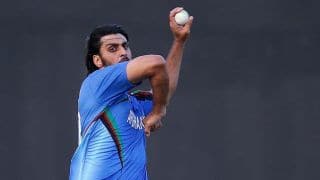 UAE beat Afghanistan by 5-wickets in first ODI at Dubai 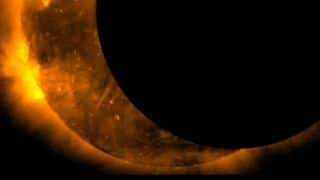