India's tour of Australia will most likely begin at Perth. The second, third and fourth Test could be hosted by Adelaide, Melbourne and Sydney respectively.

India challenges scale up in 2018. Currently involved in a three-Test series versus South Africa in the African nation, they will embark for an England tour in mid-year, followed by Australia tour. While the challenge Down Under will commence only by the end of the calendar year, speculations are rife regarding the venue for the first Test. Perth’s new stadium, which is currently under progress, is most likely to host the tour opener. In addition, Adelaide will host the second Test. It is expected to be a day-night affair but will require BCCI’s confirmation on the same. In all likelihood, Cricket Australia (CA) will release the official itinerary for 2018-19 summer.

Perth’s revamped stadium will likely be ready to host the 2018-19 Border-Gavaskar Trophy opener in late November or early December. It is expected to be played on a drop-in wicket in order to replicate pace and bounce of WACA’s early days add pose a serious challenge first up for India.

The fixture will also be the first-ever Test played in front of a 60,000-sitting capacity in Burswood. The keenly awaited series will conclude with the showpiece Boxing Day and New Year’s Tests in Melbourne and Sydney respectively.

Post India series, Australia will host Sri Lanka for two Tests in mid-January 2019. They are expected to travel to UAE for a series against Australia.

The Border-Gavaskar Trophy is in India’s grasp at present. They won the last series a close-knit affair 2-1 at home. However, they had conceded their last series Down Under by a 0-2 margin. 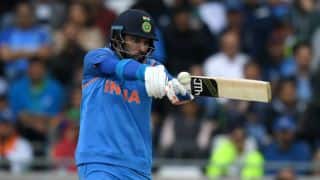