Amid the cloud of uncertainty that hovers over India's tour of South Africa, batting mainstay Virat Kohli on Tuesday said the upcoming rubber is important as it will "set the standards for this young" national cricket team. 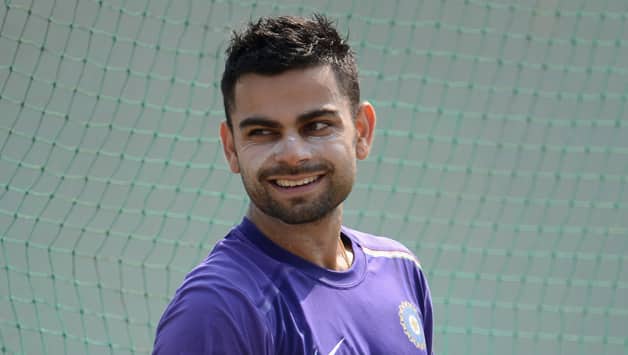 Amid the cloud of uncertainty that hovers over India’s tour of South Africa, batting mainstay Virat Kohli on Tuesday said the upcoming rubber is important as it will “set the standards for this young” national cricket team.

Board of Control for Cricket in India (BCCI) and Cricket South Africa (CSA) have been at loggerheads since the latter appointed Haroon Lorgat as its CEO.

Lorgat’s differences with BCCI were well known since the time the South African was the CEO of ICC when he locked horns with Indian board president Srinivasan on a number of issues, including the use of controversial Decision Review System (DRS).

“South Africa tour is something we are looking forward to. The tour will set the standards of this team, we have got a young team. We are hoping to get a few games there, I can’t say more than that,” Kohli said.

Though a consensus is still awaited on the much-awaited tour, an optimistic Kohli said the team “should be well prepared”.

The 24-year-old batting star, who has already amassed over 4500 runs in ODIs and is seen as India’s future captain, said he was looking forward to a good start to the season, which will kick off with the seven-match ODIs series against Australia.

“We are excited and hope to have a good start to the season. Australia has always been a strong side and we can’t take them lightly [whether they are with or without regular skipper Michael Clarke or not],” he said during a promotional event for Herbalife, a company that sells nutrition weight management and skin care products.

As far as Yuvraj Singh’s comeback to the side was concerned, Kohli said, “I never had any doubt that Yuvraj would come back to the national team. He has always been a great player. I am really happy for him but more than that, what I liked most was that he had gone to France for [fitness] training. I am glad that he has done that, he had no contact with others, and you will see that on the field.”

Kohli said he was looking forward to be part of Sachin Tendulkar’s 200th Test match.

“Sachin has achieved one success after another. There can be no bigger achievement than playing in the 200th Test. We all are looking forward to that.”

Kohli, who walked into the press conference one and half hour late due to an occasion at home, said he has proved with he performances on the field that he is not all about “funky clothes”.

“They thought that I am brash as I have tattoos and used gel. But people didn’t see my potential. I have worked hard and over a period of time, by doing some serious on-field stuffs, have proved that I am not all about funky clothes”.