Pakistan cricket's chief selector Iqbal Qasim has no illusions about how tough the forthcoming tour to India is going to be for the national team. 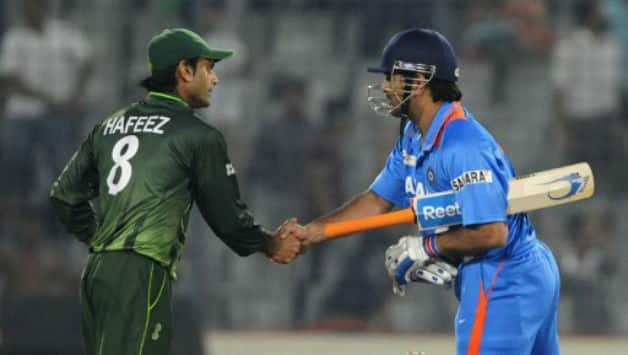 Pakistan last toured India for a series in 2007 AFP

Pakistan cricket’s chief selector Iqbal Qasim has no illusions about how tough the forthcoming tour to India is going to be for the national team.

Pakistan are due to tour India from December 22 to play two T20 matches and three ODIs.

It will be the first bilateral series between the two countries since 2007 although they have met in ICC events.

“I have no illusions about how hard this tour will be for our team. Although it is a short tour but keeping in mind the significance of the series our players will have to put in their best to do well,” Qasim said.

“Given the fact that we are playing a bilateral series after five years there will be a lot of media hype and interest in the series and some of our players have not had a chance to make a full tour of India as yet,” the former Test spinner said.

Qasim was referring to the likes of Umar Akmal, Azhar Ali, Asad Shafiq, Saeed Ajmal, Nasir Jamshed, Junaid Khan, Reza Hasan, Sarfaraz Ahmed etc. who are all in line to be considered for the upcoming India series.

Some like Umar and Ajmal played in the 2011 World Cup semi-final at Mohali but are yet to make a full tour.

Qasim didn’t rule out the possibility of considering some new faces for the upcoming tour.

The chief selector, however, felt that Pakistan will have to overcome the defeats they have suffered at the hands of India in 2011 World Cup and in the World T20.

“They have to put those matches behind them and focus on the coming tour and make a fresh start. I am sure we will be able to select a very strong and balanced side but beating India in India is never easy,” he said.

“To add to it, India have a strong and settled batting line up and a veteran captain now. So we need to be at our in the series,” he said.

Qasim didn’t expect any issues with the pitches or security.

“Security will obviously be very good. And since it is a one-day series the pitches will not matter that much unless they prepare pure turners which I doubt India will do,” he added.