Perth Scorchers batsman Ashton Turner has been called up by Australia as cover for allrounder Mitchell Marsh, who has been hospitalised due to gastritis, for the ODI series against India. Marsh has been under observation since the past two days with coach Justin Langer confirming his unavailability for the first one-day international in Sydney on Saturday.

It is unknown at this point whether Marsh will play any role in the series at all, and provided he doesn t recover in time, Turner is likely to get his chance. Comparing him with former cricketer Michael Hussey, Langer spoke highly of Turner, highlighting his ability of finishing off games with the bat and quick running between the wickets.

“I remember when Mike Hussey came into Australian cricket, the thing that almost got him a shot in the one-day side was his running between his wickets,” Langer said. “That might sound like the dumbest thing you’ve ever heard but you watch Ashton Turner, the way he runs between wickets is unbelievable. He’s such a great athlete, it puts so much pressure (on the opposition).

“One of the hallmarks of great Australian teams, you think about Dean Jones and Michael Bevan and Michael Hussey, is the running between (wickets). It’s a basic (skill) but we’ve also been talking about getting players who can finish off innings and he’s shown that in what we can go off in Big Bash cricket, he’s in great form.

It is hard to argue with Langer there as Turner has showcased his batting skill in the ongoing Big Bash League. In three games for the Scorchers, Turner has scored 60* and 47 against Sydney Thunder and Brisbane Heat and an unbeaten 43 off 22 balls just last night during the team s six-wicket win against Melbourne Stars.

“He can finish the innings off well, an elite athlete in the field and he’s also a captain,” Langer added. “You see the way he finishes off an innings that he’s a good thinker of the game like most of the great finishes and a really good leader, good person around the group. Very excited to see him come in.”

After a disastrous last two months with the bat and ball, the ODIs were a great platform for Marsh to get some confidence back, but the untimely illness has likely doused all hopes. Langer admitted it was not the easiest of decisions to make. “I’ve known them since they were kids, Geoff Marsh (Mitch’s father) is one of my best friends, which makes it hard,” he said. “He’s also been a coach with West Australian cricket.

“But at the end of the day we all know, the boys know and ‘Swampy’ (Geoff Marsh) knows that this is a tough business and if you’re not performing you don’t get selected. And that’s how that decision came about.” 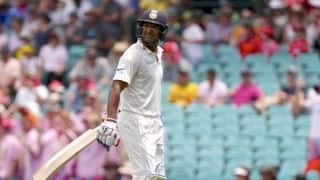 Regret missing out on big score in Sydney: Mayank Agarwal 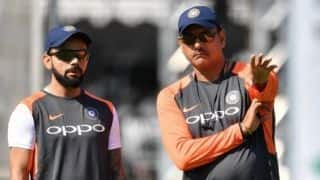 I do stand by what I said: Ravi Shastri on Australia series win being bigger than 1983 World Cup triumph