Ponting was livid after Lyon failed to review his lbw decision off Kuldeep Yadav during day four of the fourth and final Test despite two challenges remaining.

Former Australia captain Ricky Ponting has lashed out at the hosts mindset after Nathan Lyon failed to review his lbw decision off Kuldeep Yadav during day four of the fourth and final Test at the SCG despite the hosts having two challenges remaining.

Lyon immediately walked back without consulting non-striker Mitchell Starc, who failed to offer any advice on whether to use the Decision Review System (DRS).

“That dismissal actually says a lot to me about the mindset of this Australian team at the moment. There’s no desperation there whatsoever,” Ponting told Channel Seven on Sunday.

“Why wouldn’t they have had a look at that? They’ve still got the two reviews up their sleeve. There had to be some sort of doubt in that.

Given out straight away and Mitchell Starc just puts his hand out and says ‘oh well, it’s not me, it’s up to you to make [a call]’. Well, unfortunately, when you’re out there together it’s a partnership. You’ve got to do whatever you can to try and save your mate. And there was absolutely none of that there. And as it’s shown already that would have been given not out. Slack and not desperate enough.”

“You can see where Mitchell Starc is standing at the non-striker’s end,” he added.

“One, look how wide he’s standing. There’s no need to be that wide in the first place. Nathan Lyon looks up, ‘Oh what do you reckon?’ ‘Oh I don’t know mate. Yeah I don’t know. But let’s not bother looking. We’ve only got two [reviews] up our sleeve.'”

Meanwhile, after play on day four was brought to an abrupt end due to inclement weather, Peter Handscomb insisted that the team had no issue with Lyon walked off.

ALSO READ: After Lord’s, this performance will give him lot of confidence: Bharat Arun on Kuldeep Yadav

“You ask Gazza, he thinks he was hit on the full on the middle toe or his big toe, it’s not often anyone in the world thinks they’re going to review that. So, he waked off in no doubt, he knew he was out, so that’s fine. That’s his decision, we back that in completely,” he said. 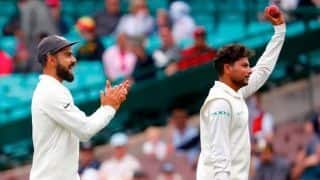 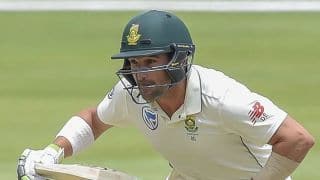