The opener, who was struck on the finger during day three, has been cleared of any serious damage.

Perth: Australia opener Aaron Finch, who had to retire hurt after being smacked by a short delivery from Mohammed Shami on his right index finger, is available to bat for the home team on day four of the Perth Test against India.

Cricket Australia confirmed the news before play began on Monday. The opener had been cleared of serious injury the previous evening, after being sent for scans.

Finch, who was just about finding his feet in Australia’s second innings on day three of the second Test against India at Perth’s new Optus Stadium, was smacked on the gloves by a short delivery from Shami in the 13th over with Australia 33/0. He appeared in a lot of pain and immediately called for the physio, who inspected his finger. Finch left the field and went a local hospital for scans, which revealed there was no fracture.

In the first innings at Perth, Finch, who made his Test debut in the two-match series against Pakistan in UAE recently, registered his maiden half-century on home soil. 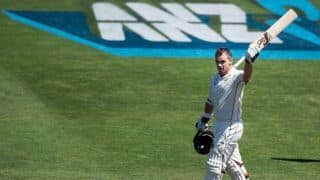 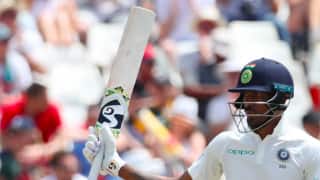