Only rookie Chris Tremain was released from the squad prior to the Perth Test.

Perth: Australian selectors kept faith with the current 13-player squad for their remaining two Tests against India, after the team levelled the series 1-1 in Perth on Tuesday.

India won the opening match in Adelaide, the team’s first win in Australia for a decade. The hosts came back in Perth to secure their first Test victory since the ball-tampering scandal, levelling the series as the teams head to Melbourne for the Boxing Day Test.

National selector Trevor Hohns said Cricket Australia wanted to “keep this group together to build on the momentum we have established in Perth”.

“With Mitchell Starc, Pat Cummins, Josh Hazlewood and Peter Siddle in the squad we believe we have enough fast bowlers to choose from, so we’ve made the decision to stick with the 13-person squad for the remaining two Test matches against India,” he added.

Only rookie Chris Tremain was released from the squad prior to the Perth Test.

India, the number one Test team in the world, are looking to regroup as they seek to win their first-ever Test series in Australia. 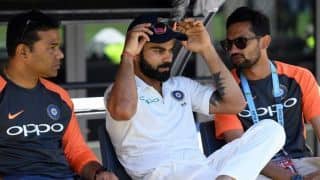 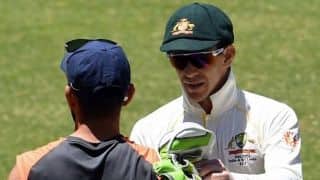 Won’t sit back and be walked over if similar situation arises: Paine on exchange with Kohli