Jasprit Bumrah was a happy man after bowling India to a memorable Test victory against Australia at the Melbourne Cricket Ground on Sunday.

Jasprit Bumrah was a happy man after bowling India to a memorable Test victory against Australia at the Melbourne Cricket Ground on Sunday. With that win, the tourists regained their lead in the four-Test series and will retain the Border-Gavaskar Trophy.

Bumrah, chosen as the player-of-the-match, finished with match figures of 9/86 the best ever by an Indian pacer in Australia. The 25-year-old capped off a memorable first year in Test cricket with a match-winning performance and hopes this is just the start and he will keep on getting better. (We are not going to stop here: Kohli)

“It was always a dream to play Test cricket and I was really happy when I debuted in South Africa,” Bumrah said at the post match presentation. “I started learning slowly, in England (and) it was a different experience. Coming to Australia has been a different experience as well. The start has been good, and hopefully, I will keep getting better.”

In his 9 Tests so far, Bumrah has taken 48 wickets at an average of 21.02 and three five-wicket hauls spreading across South Africa, England and Australia in 2018. His consistency has drawn widespread praise with several current and former cricketers calling him a ‘world-class’ bowler.

The next Test starts from January 3, 2019 at the Sydney Cricket Ground and Bumrah is already looking forward to it.

“It is a great feeling,” Bumrah said after India’s win at the MCG. “Be it the Boxing Day, be it any other day, I always wanted to play Test cricket and I made my debut against South Africa in January this year. I made my (ODI) debut against Australia in 2016, so to play Test cricket here was a big deal for me. I am really happy to contribute to the team’s success. My aim is to always focus on consistency. We train very hard and we are used to bowling a lot of overs in Ranji Trophy, so the body is doing well. My focus is on the next Test now.” 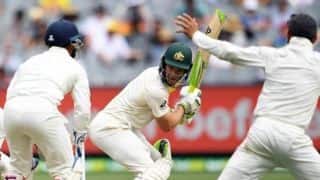 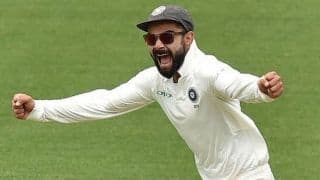