Knew what to expect from Australian pitches: Cheteshwar Pujara

Knew what to expect from Australian pitches: Cheteshwar Pujara

Pujara feels the 15-run cushion India got in the first innings was a psychological advantage.

India’s game-changer, Cheteshwar Pujara – the difference of the two teams – who scored 194 runs in the two innings in the visitors’ historic 31-run win against Australia in the opening Test at Adelaide on Monday was awarded the Man of the Match.

“The most important thing for me was the preparation. When I was back home, I knew what to expect from Australian pitches. The hundred was special. Ultimately winning the Test, credit goes to the bowlers,” Pujara said at the post-match presentation.

The Saurashtra batsman, who played his last Test against England at the Oval where he scored 37 and was then bowled for a duck in the second essay, feels the 15-run cushion India got in the first innings was a psychological advantage.

“Getting a 15-run lead was a psychological advantage. The self-belief from the teammates was what made it possible. I always back my ability, have got enough experience playing for the Indian team,” he said.

India’s batting crumbled in the post-lunch session on Day 4 as they lost four wickets in the span of seven deliveries. Pujara reckons the batting in the second dig was better.

“As a batting unit, we have a lot to improve on. We learn from our mistakes and played much better in the second innings. It means a lot,” Pujara, who scored his 15th Test century in Adelaide, said.

Talking about the influence of his dad on his batting, Pujara said: “He’s someone who started coaching me when I was 8 years. He would be a proud dad.” 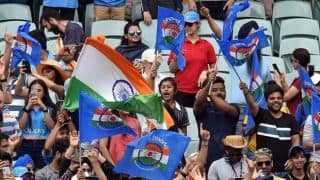 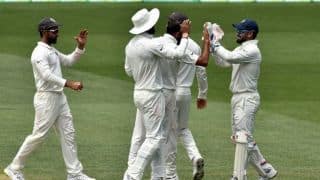