The series is locked at 1-1 and the final ODI has the ingredients of a cracker.

The forecast for Friday in Melbourne is for overcast skies, which will come as a relief for Victorians as the country reels from a heat wave. At the MCG, however, the cloudy skies will act merely as cover for what is shaping up to be a heated occasion.

The series is locked at 1-1 after India s six-wicket win at Adelaide Oval on Tuesday, and with Australia hoping to end a two-year barren run without an ODI series win, the third and final ODI has the ingredients of a cracking contest.

Virat Kohli s men have the chance to become only the third Indian team to win an ODI series in Australia. In 1985, led by Sunil Gavaskar and inspired by the current coach Ravi Shastri, India lifted the World Championship of Cricket. In early 2008, MS Dhoni s team won the CB Series. Eleven years on, Aaron Finch s home side have plenty to do to stop India from adding a third title.

India have another opportunity to see if Ambati Rayudu is indeed the man to bat at No 4 at this summer s World Cup, and they must also find a way to raise their run-rate in the last ten overs. Two contrasting half-centuries from MS Dhoni have highlighted the pluses and minuses of having him bat at No 5, and the third game could yet add a different dimension to the debate.

Finch is well short of runs, having been bowled in five of his last eight ODIs. His deputy and coach have defended his poor form, but there is no denying that Finch s vulnerability against the seaming ball is hurting Australia majorly. With Carey also not firing as makeshift opener, the onus has been on Usman Khawaja, Shaun Marsh and Peter Handscomb to lay a platform and the all-round pair of Marcus Stoinis and Glenn Maxwell to fire down the order.

Marsh has had a very fine series, Khawaja and Handscomb each have one fifty and Stoinis and Maxwell scores in the forties, but getting a stronger start will be a bonus. Losing four wickets in a cluster at the end of their innings in the second ODI cost Australia, and they will know that putting up 325 could prove the key.

Weather: Cloudy with a high of 27 degrees

With Jason Behrendorff managing a sore back, Australia have opted to play Billy Stanlake instead. Nathan Lyon, who went wicketless in first two ODIs, has been swapped with Adam Zampa.

Khaleel Ahmed was benched for Mohammed Siraj, who conceded 76 runs without taking a wicket, which is the second most expensive figures for an Indian on debut. Khaleel could slot back in. Yuzvendra Chahal may get to his first game too if India decide to rest Kuldeep Yadav after the wrist-spinner put in the most expensive wicketless ODI of his career in Adelaide.

The other change, though slim, could be dropping Ravindra Jadeja for one of Kedar Jadhav of the uncapped Vijay Shankar. With Shankar in, overs are taken care of and Jadhav can also bowl six or seven overs without hassle. Jadeja s ODI batting is not what is used to be, whereas Jadhav can finish games.

– Australia lost their last two ODIs at the MCG, to Pakistan in 2017 and England in 2018. Prior to that, they had won nine consecutive ODIs there dating back to 2013.

– Mohammed Shami is three wickets short of 100 ODI wickets. If he gets there on Friday he will the fastest Indian to do so, in what will be his 55th game.

Maxy will be a very important part of our team if we re to win the World Cup. I honestly think, despite the debate, that is his best spot in our team for us at the moment and we ll flick him in (earlier) every now and then when we need a little cameo. – Justin Langer

I ve practiced it (finishing games), worked on it and it s a skill I think is very important. It s a skill where you need to have a cool head. A lot of experience helps. – Dinesh Karthik 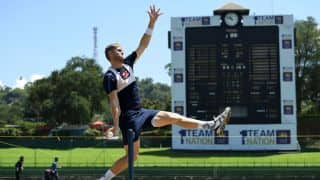 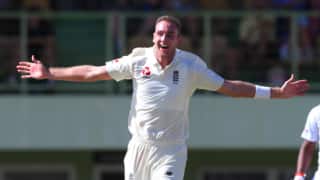