Ganguly feels as India’s premier spinner, Ashwin needs to avoid picking up injuries during an important away series.

R Ashwin’s recent spate of injuries during India’s overseas tours has left former India captain Sourav Ganguly concerned about the spinner’s role and effectiveness. Ashwin, who played the first Test of the ongoing Border-Gavaskar Trophy in Australia, missed the second game at Perth citing abdominal strain and failed to recover in time for the Boxing Day Test at the MCG.

During the England series as well, Ashwin had gone down with a hip injury, where despite the issue, India played the offspinner in the fourth Test at Southampton. As it turned out, not only was Ashwin ineffective, he also ended up aggravating his injury which forced him out of the fifth and final Test at the Kia Oval.

Because of Ashwin’s injury, India had to replace him with Ravindra Jadeja in the MCG Test, and a bemused Ganguly feels as India’s premier spinner, Ashwin needs to watch his fitness and added that the offspinner cannot afford to pick up injuries during an important away series as this or the ones in England and South Africa earlier this year.

“Ravichandran Ashwin is worrying me now. He can’t be the premier spinner and get injured so many times on big tours: England, South Africa, and now Australia. The team needs him against left-handers but it looks like he will be sitting out now. He is not doing his reputation any good,” Ganguly wrote in his column for the Times of India.

Ganguly was also slightly critical of the modern-day approach of teams altering their Test squads in the middle of the series. For the third and fourth Test, India added Hardik Pandya and included Mayank Agarwal as a replacement for the injured Prithvi Shaw. The former skipper believes that without many practice games on offer, it makes life difficult for a new batsman to straightaway come in get into the mould.

“There is a lot of talk around the Indian squad. There is a new trend among selectors to change squads after two Test matches on an away tour. I am not sure that’s a good idea, especially when practice games have become very rare on tours these days,” Ganguly added.

“There is not much time either in between matches, so the likes of Mayank Agarwal have to get into Test mode quickly, for the first time without a warm-up game, that too, away. It’s a great opportunity for him and I wish him success, but it will not be easy for him as the MCG is a different wicket today. It has a tennis ball-type bounce and will be doing a bit early on.”

Ganguly, who scored a wonderful 141 during the 2003-04 tour, showed faith in this Indian team to win the series from here on. Despite not the kind of team one would normally associate with Australia, Ganguly believes it will not be India to be taking Australia lightly. That said, he feels whatever challenges the home team will throw, Virat Kohli’s India have all that it takes to tackle them.

“The series is still wide open. I have said before that India can win it and I believe the same now. The start will be crucial; Australia’s best chance is to leave grass on the surface. The toss will be critical, too, as both the teams don’t chase very well,” Ganguly said.

“This match is a very important one, coming after the results at Adelaide and Perth and it has all the hype around it that an India-Australia series should rightly have. An India-Australia series can never be quiet and however weak the Australian team may be, they will very rarely play the game quietly. This new, very competitive Indian side will stand up to them.” 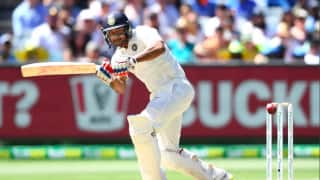 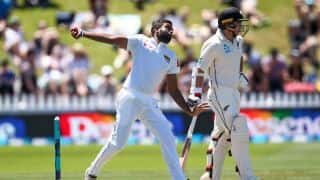