India vs England, 2nd Test: Virat Kohli's advice for Ollie Pope: Enjoy the occasion, but don’t get too many runs

India vs England, 2nd Test: Virat Kohli's advice for Ollie Pope: Enjoy the occasion, but don’t get too man

England skipper Joe Root confirmed on Wednesday that 20-year-old Surrey batsman Ollie Pope will bat at number four, replacing Dawid Malan, in the second Test against India at Lord s starting August 9 and while Indian skipper Virat Kohli was happy that the young man got his maiden call-up, he had a rather interesting advice for the middle-order batsman.

I would just say enjoy the occasion, but don t get too many runs (against India), quipped Kohli on being asked about Pope s inclusion during the pre-match presser.

Kohli also said that irrespective of who plays, the team s focus is to take all the 20 opposition wickets, We as a side focussed on all the wickets from the opposition and he (Pope) is obviously going to to be one of them; two times around in two innings, so we definitely are going to try and knock him over as early as possible, said the skipper.

Pope has been in brilliant form for County Championship leaders Surrey this season, scoring 684 runs at a huge average of 85.50, including three centuries and a top score of 158 not out.

He also made an unbeaten fifty for the second-string England Lions in a 253-run win over India A in a first-class fixture at Worcester last month.

He s obviously batted at six for Surrey this season but having seen him play a little bit, and the way his game is set up, I think it s very much transferable to bat at number four in Test cricket, said Root in the presser.

It is a big moment for him, but honestly I have not seen him bat, or seen how he goes about things, I am sure if he is selected to play for England he is supposed to be very good, added the Indian skipper.

Pope is set to become the 686th Test player for England 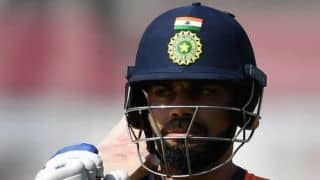 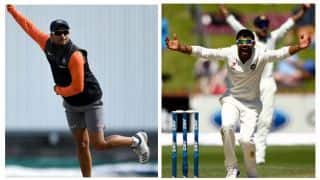