A video recap of all that transpired on Day 3 of the fourth Test between India and England at the Ageas Bowl on Saturday.

England s position on the fourth Test at Southampton reached an overwhelming high as Jos Buttler and Sam Curran crushed India s spirits after they had taken six wickets. With a lead of 233 and two days left, England will believe that can bat India out of the game and wrap up the series on a pitch with some uneven bounce and occasional sharp turn, after Buttler (69) and Curran (37*) help England close on 260/8.

What made the day frustrating for India was how they squandered the advantage of having England at 122/5. A terrific over from Mohammed Shami, spanning the lunch interval and including the wickets of Keaton Jennings and Jonny Bairstow, followed by a direct hit from the same bowler to run out Joe Root, saw England struggle to impose themselves during the first half of the day. 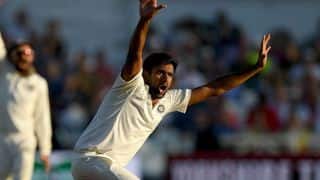