Jasprit Bumrah sustained injury on his left thumb in the first T20I against Ireland.

India faced a huge blow ahead of the England tour when Jasprit Bumrah was ruled out of the T20 Internationals series due to injury. Bumrah sustained an injury on his left thumb during the first T20I against Ireland. It was on the last ball of his last spell when he injured himself while taking a return catch. He did not play the second T20I but the detailed results of the scan are not yet known.

Deepak Chahar, currently with India A, will be replacing Bumrah for the T20Is. There are chances that Bumrah may be available for ODIs. Chahar is the highest wicket-taker for India A in the 50-over tri-series that also features England Lions and West Indies A. He has picked 7 wickets at a freakish 12.71 and an economy rate of 4.04. Chahar also attracted eyeballs playing for Chennai Super Kings (CSK) in the Indian Premier League (IPL), with an economy rate of 7.28.

Apart from Bumrah, Washington Sundar will also miss the limited-overs series against England with an ankle injury. He will be replaced by Krunal Pandya in the T20Is and Akshar Patel in the ODIs. Both Krunal and Akshar are currently playing for India A. 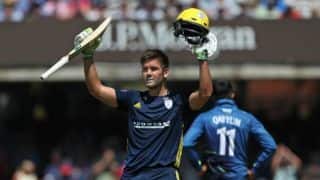