India vs England Tests: Easier to bat at No.4: Cheteshwar Pujara
By CricketCountry Staff

Building up to the high-profile India  vs England  Test series all the talks a have been centered around Kuldeep Yadav and skipper Virat Kohli. While Kohli will seek redemption after a horrid 2014 tour, Kuldeep is the mystery bowler who has prompted the England camp to sought help of the ‘Merlyn’.

But as always, one player that has flown under the radar, but could ultimately prove to be the trump, is Cheteshwar Pujara.

The Indian top-order batsman has been preparing well for the England Tests with a lengthy stint with Yorkshire. Even though his returns – by his own high standards – have been meagre but there is no doubting that he would have acclimated himself with the English conditions.

With just 222 runs in the five matches that he played in 2014 tour, Pujara too will be seeking retribution this time around, but says it won’t be easy.

“You cannot take anything lightly because you have experience,” Pujara said in an interview to dnaindia.com. “You can be successful. You still have to prepare well, focus and still score runs. Yes, experience will help, but when I start playing Tests, focus and preparations have to be there. It is a big series and all of us will prepare well.”

Out the 58 Tests that he has played, Pujara has batted at number three scoring 4014 runs at an average of 51.46, but with him batting at number four in the Johannesburg Test and in the one-off Test against Afghanistan, questions were raised about his batting position. But Pujara said he will bat at number three against England.

“Basically, I have been batting at No. 3. Obviously, after the team discussions, I will mostly continue to bat at No. 3,” confirmed the Suarashtra batsman, adding, “But with team situations and requirements, if it is a one-odd game, and have to do it for the team, you should be okay. Most likely, I will bat at No. 3. It is something that I can’t say much about.”

On being asked about the difference in batting at number three and four, Pujara revealed that it is easier to bat at number four.

“At No. 4, you get see the pitch. You have a little more time to understand the game plan, what the bowlers are doing. At No. 3, if you lose an opener early, you don’t know how the pitch will behave as the bowlers are fresh and there is enough help for the bowlers. Once the pitch settles down after a session, it is easy to bat, comparatively. It also depends on where you are playing,” added the 30-year-old. 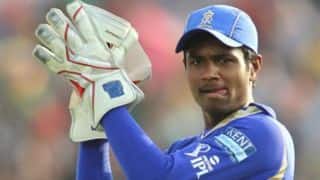