Play was interrupted when the sun made it difficult for the batsmen to spot the ball, leading to an interruption that has never been seen in international cricket before.

Sun stops play after dinner. Sounds bizarre? But this is what happened in the first India-New Zealand ODI at the McLean Park Wednesday. (ALSO READ: Excessive sunlight stops play during Napier ODI between India and New Zealand)

Play was interrupted when the sun made it difficult for the batsmen to spot the ball, leading to an interruption that has never been seen in international cricket before. (ALSO READ: England vs West Indies 1995: Sunlight stops play)

“The setting sun is in the eyes of the players and we need to think of their safety as well as umpires. There was an awareness of it by the players (they didn’t appeal),” said the umpire.

Stoppages due to sun have been witnessed in the past here during the dometic competitions, and reportedly, also in few English grounds, but none of them were international matches.

“We had talked about it in the pre-series chat. It’s something different,” said New Zealand star batsman Ross Taylor.

Normally, the cricket pitches are positioned in the North-South direction to avoid this scenario, but at McLean Park, the pitch is East-West facing.

“We are trying to find out ways to deal with this problem,” said Napier’s mayor Bill Dalton while talking to official broadcaster ‘Star Sports’.

Chasing 158, India were cruising at 44 for one in 10 over when play was stopped.

Virat Kohli and Shikhar Dhawan were batting on 2 and 29 respectively. 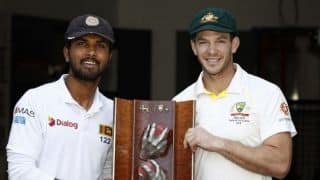 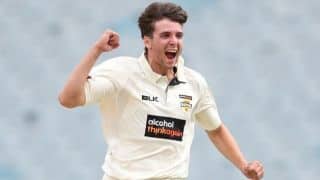