If Dhoni plays the series, Pant will get a fair run as batsman, meaning Dinesh Karthik will be unlucky to miss out

After a thumping 4-1 win in the ODI series against New Zealand, India’s World Cup preparations and permutations and combinations – as stated by skipper Virat Kohli – is in auto-mode; so to find any context to the three-match T20I series against NZ as India conclude their Aus-NZ tour is quite tough. (ALSO READ: Martin Guptill out of India T20Is, Jimmy Neesham added)

Still, players from both teams will have a lot to prove with the World Cup season on. Looking at the form of both the teams in T20Is, India are coming on the back of drawing a series against Australia and if it was not for rain in the 3rd T20I, India would have won the series. (ALSO READ: Has Ambati Rayudu cemented his World Cup spot?)

On the other hand, even though Black Caps beat Sri Lanka in the one-off home T20I match, they were whitewashed 3-0 in the UAE against Pakistan before that.

For New Zealand, who have a superior record against India in the format – winning six out of their eight matches – they will need to take that as confidence as try to forget their ODI series loss.

For India, with key players rested, it is once again audition call for the fringe players to stake claim for a World Cup spot -albeit in a different format.

Where to watch: Star Sports Network/Hotstar

The biggest talking point for India in the series will be Rishabh Pant. The Delhi wicketkeeper batsman had no place in the ODI series against New Zealand with MS Dhoni back in the squad and Dhoni’s good form with the bat has more or less assured the wicketkeeper batsman’s slot heading in to the World Cup. Pant can only hope to make a strong case as a batsman and this T20I series will be a great starting point for him. If Dhoni plays the series, Pant will get a fair run as batsman, meaning Dinesh Karthik will be unlucky to miss out. In the nets, Pant got an extened run hitting that he will bat at No.3 ahead of Dhoni and Shubman Gill.

In the bowling department, in the absence of Jasprit Bumrah and Mohammad Shami, Bhuvneshwar Kumar will have the assistance of either Khaleel Ahmed or Siddarth Kaul and of course Hardik Pandya, as the seam bowling allrounder. At this point Khaleel is the likely to travel to the World Cup as the backup pacer.

If both the wrist spinners – Yuzvendra Chahal and Kuldeep Yadav – play, spin-bowling allrounder Krunal Pandya, who made his debut in Australia will sit out. Rested Virat Kohli’s No.3 position ideally should have gone to Karthik – owing to his experience and likeness to make the World Cup squad – but Shubman Gill could get an extended run in the T20Is.

New Zealand will be without the services of the big-hitting Martin Guptill after failing to recover from a back injury sustained during the ODI series, while Trent Boult has been rested to manage workload. So for the 1st T20I, wicketkeeper batsman Tim Seifert could open with the incumbent opener Colin Munro – who himself will be looking at the T20I series as a final chance to cement his place for the World Cup squad after a poor run of form led to him being dropped in the ODI series.

Allrounder Daryl Mitchell has earned maiden call-up and it is likely that would make his debuts in the 1st T20I. Colin De Grandhomme, rested for the SL T20I should walk back in to the XI to occupy the second allrounder’s slot besides Doug Bracewell while Lockie Ferguson, rested for the final two ODIs against India, will be back to strengthen the bowling in Boult’s absence. Neesham could also find a place in XI after being added to the squad as Guptill replacement. 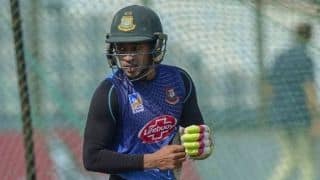 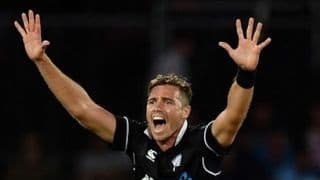