India need another 152 runs to win the first Test against New Zealand in Auckland.

India are at 255 for four after 76 overs in their run-chase of 407 on Day Four of the first Test against New Zealand in Auckland. Shikhar Dhawan was dismissed by Neil Wagner for 115 off 211 deliveries. Rohit Sharma is batting on 18 and Ajinkya Rahane is on six. India still need 152 runs to win.

Dhawan and Rohit were scoring slowly as the New Zealand bowlers kept up the pressure with some tight bowling. The momentum slowed down after India lost the wicket of Virat Kohli for 67 off 102 deliveries. India were at 222 when Kohli fell.

Dhawan scored only his second Test century after his memorable debut against Australia last year. He struck 12 fours and one six. Rohit has hit two fours so far. 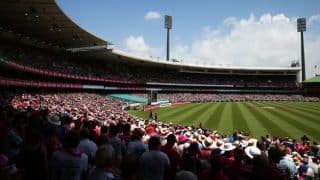 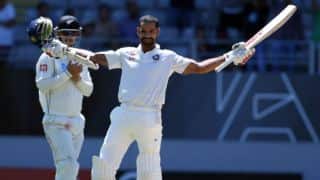