As in their previous T20I series in Australia a few months ago, India face the scenario of needing to win the second match of a three-game series to avoid a dead rubber.

The opponents this time are New Zealand, who on Wednesday in Wellington handed India their worst defeat, in terms of runs, in T20Is. The teams have hopped up the North Island to Auckland, where on Friday Eden Park will host the second T20I. (DEEP DASGUPTA COLUMN: India played the wrong XI)

India may make a couple changes to their XI, but it could be a case of papering over cracks.

New Zealand, in 2018, won three of 13 T20Is. After losing the ODIs to India, a series win in the T20Is will come as a boost ahead of the World Cup. Their approach to go bang from ball one in Wellington paid off, the result being a record total at Westpac Stadium highlighted by Tim Seifert’s 43-ball 84.

The Blackcaps bat deep, so getting wickets is imperative for India. (READ MORE: A complete performance: Kane Williamson)

Weather: Mostly sunny with a high of 23 degrees

After a terrific all-round performance, no changes are expected.

Vijay Shankar, the allrounder, was picked as batsman in the last game, batted at No 4, scored 27 off 18 balls and did not bowl. India may look at playing Kedar Jadhav instead to use his part-time offspin. Alternately, Dinesh Karthik could make way for Jadhav.

Or, to bolster the bowling at Eden Park, India could drop an allrounder and add Siddarth Kaul.

It was a tough game. We were outplayed in all three departments. We didn t start well, and we knew that 200 wasn t going to be an easy chase although the grounds are small here. But we kept losing wickets and that threw us off.” – Rohit Sharma

Fantastic performance all around, everyone rose and it was one of those complete performances that you search for.” – Kane Williamson 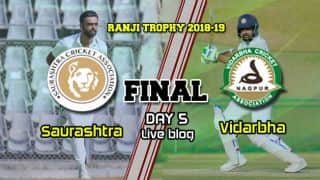 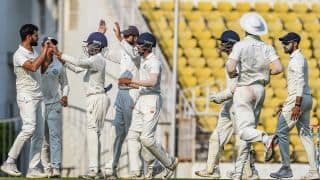