Doug Bracewell and Ish Sodhi have been released for the fourth and fifth ODIs.

Jimmy Neesham and Todd Astle have replaced Doug Bracewell and Ish Sodhi in New Zealand’s squad for the fourth and fifth ODIs against India.

Having prove their fitness in the domestic scene, Neesham and Astle return for the last two matches of the series, which New Zealand surrendered 0-3 on Monday.

Neesham played all three ODIs against Sri Lanka earlier this month before missing the one-off T20I with a grade-one hamstring strain, while the legspinner Astle returns from a knee surgery that sent him home from the UAE in November. (READ MORE: 3rd ODI: India take series with seven-wicket win)

Bracewell scored his maiden ODI fifty in the second game versus India but he managed just one wicket in 23 overs while conceding runs at 5.69 per over. Sodhi’s 17 overs cost 96 runs without a wicket claimed. (READ MORE: India are teaching us a lesson: Kane Williamson)

“Doug and Ish have been two of the brighter spots of the ODI series so far and we’ve been encouraged by their performances against a quality Indian side,” said NZC chief selector Gavin Larsen. It’s great to welcome back the all-round skills of Jimmy and Todd and we’re looking forward to seeing what they can bring to the series. We’re still looking to keep our options open with selections at this stage and ensure we continue to learn as much as we can about our players.”

The fourth ODI is on January 31 in Hamilton. 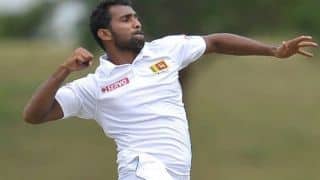