Many pundits and former cricketers across the globe have pitted Kohli to be the greatest ever ODI batsman.

India captain Virat Kohli has always been an animated figure and doesn’t shy away from expressing himself on the field. The 30-year-old recently led India to their first ever bilateral ODI series win against Australia to add to the Test series win earlier that summed up a memorable tour Down Under.

Many pundits and former cricketers across the globe have pitted Kohli to be the greatest ever ODI batsman. He has already scored 10,385 runs in 219 ODIs with an astounding average of 59 plus, including 39 hundreds. However, when he decides to retire, Kohli said that his biggest priority will be his family.

“Eight years down the line, priority would be family. Priority would be myself, Anushka Sharma and our family by then. Cricket would obviously be a part of my life always, but I think family should be priority at all times, because nothing is bigger than life. Cricket is a part of life, nothing should be bigger than life,” Kohli said on his Mobile Application – Virat Kohli App on Sunday. (ALSO READ: Kohli greatest ever ODI batsman: Clarke)

“I know people take life too seriously and be like…’if you don’t take cricket too seriously, then you’re not committed enough’. I don’t believe in all that. The larger picture always has to be life because whatever happens and may happen, you always come back home.

“So, I think the priority will be family, should be family. Cricket will be a very special part of my life, but it’s not the most important thing in life is the way I see it. I am blessed to be able to do it right now, it has to end one day. Eight years down the line, I think I will be totally focused on my family.” (ALSO READ: Nobody has MS Dhoni’s nerve for finishing off victories: Ian Chappell)

Recently, Kohli was asked about his plans post retirement at a press conference.

“As far as I am concerned, playing more cricket when I am done, I don’t think I am in that zone at all, to be honest. I have played enough cricket in the last five years and look I can’t comment on even the first thing I’m going to do when I retire because I don’t feel like I am going to pick up the bat again; to be honest. I’d be spent,” he said. (VIDEO: Indian team arrive Auckland, loudest cheer reserved for captain Virat Kohli and wife Anushka Sharma)

“The day I’d finish, I’d be totally spent and that’s the reason I am going to stop playing cricket. So, I don’t see myself coming back again and again. I think once I’m done, I’d be done and won’t be seen around the scene.”

India will next be engaged in a five-match ODI series against New Zealand which begins with the first tie on January 23 at Napier. Both teams will then be involved in three T20Is. 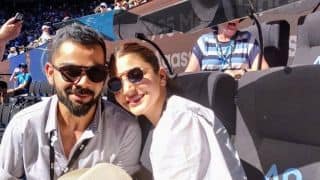 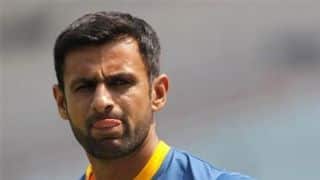 Pakistan have a good chance to win the ICC World Cup 2019: Shoaib Mallik