In the absence of Jasprit Bumrah, Kaul is looking forward to the opportunity of performing well in New Zealand.

Last year, Siddarth Kaul was one of the many Indian cricketers to receive their maiden international caps. He made his debut during the three-ODI series in England, but the 28-year-old didn’t have the best of outings going wicketless in two matches. But the tide turned during the India A’s tour of New Zealand in December, and in three ODIs, Kaul bagged seven wickets in three games against New Zealand A. (ALSO READ: Siddarth Kaul in for T20I against New Zealand)

The disappointment of England aside, Kaul will have one more shot to impress the selectors when India take on New Zealand in three T20Is, in which Kaul has been named. Kaul made his T20I debut against Ireland in Dublin and has three wickets from two matches. In the absence of Jasprit Bumrah, Kaul is relishing the opportunity of performing well in New Zealand. (ALSO READ: Kaul’s six helps Punjab skittle Kerala)

“When I was there in December with India A, I had picked up seven wickets in three matches. Knowing the conditions well will help me embrace the challenge. I follow my preparation routine to be ready to give my 100 percent whenever I get a chance. I always like to give my best,” Kaul told Times of India.

Kaul was named in India’s squad for the Asia Cup, but got to play just one game – against Afghanistan – where he conceded 58 runs without taking a wicket, and which ended in a tie. He returned to Mumbai to work in close quarter with none other than Zaheer Khan. And following fruitful sessions with the former India bowler, Kaul emerged rejuvenated and with a more positive frame of mind.

“During the Asia Cup, Rohit Sharma advised me to go to Zak Pa. The legend has truckloads of experience of bowling on overseas wickets. Just 15 days with him in Mumbai made a huge difference to my bowling,” Kaul said. “For the first four days, he made me bowl only yorkers. I could always bowl in the block hole, but he taught me the pinpoint execution of a toe-crusher. Apart from yorker, we also worked on the knuckle ball and a couple of more variations. The Zak magic has given me a fresh mindset. I also pick the brains of Ashish Nehra regularly.”

Although the Indian team may look pretty much settles and the squad for the World Cup is more or less certain, there is always room for last-minute changes. India vice-captain Rohit Sharma recently stressed on how players cannot afford to take their positions for granted and there stands a chance for players to be given consideration due to poor form. And for that, Kaul is ready to step up.

“I want to throw my hat in the ring. Every cricketer dreams of playing in the World Cup. I have heard so many stories from Yuvi Pa (Yuvraj Singh) and Bhajju Pa (Harbhajan Singh) about India’s World Cup triumphs of 2007 (T20) and 2011 (ODI). I am a firm believer in the process. My first task is to do well in New Zealand. It’s your performance that should talk,” Kaul said.

Besides his outing in New Zealand, Kaul has been equally impressive in the Ranji Trophy picking up 23 wickets in six matches. Looking back on this season, Kaul owes all his achievements to the Ranji Trophy.

“All my achievements are because of Ranji Trophy. Playing on different tracks across the country helped me evolve as a cricketer. In the current season, two of my finest spells, both six-wicket hauls in the first innings, came on contrasting surfaces – an under-prepared pitch at Kotla against Delhi, and a green top in Mohali against Kerala,” Kaul said. 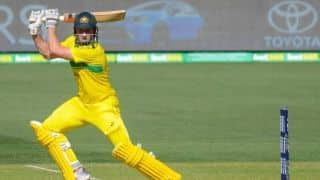 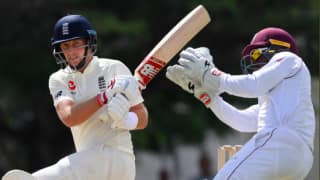