Williamson and Tom Latham then engaged in a reargued effort as the duo steered the innings with a 67-run partnership.

After an eye-opener in the previous ODI, India made a quick turn around to earn a hard-fought 35-run victory and seal the five-match ODI series 4-1 against New Zealand on Sunday. (India vs New Zealand, 5th ODI: FULL SCORECARD)

The tourists almost followed a Hamilton template, only this time, the middle order proved its mettle with Ambati Rayudu top scoring with 90 as India posted a challenging 252 after opting to bat.

New Zealand found themselves in a tricky situation at 30/3 in the 11th over with enough time to rebuild themselves. Captain Kane Williamson and Tom Latham then engaged in a reargued effort as the duo steered the innings with a 67-run partnership for the fourth wicket before Williamson was dismissed by Kedar Jadhav in the 26th over for 39. (ALSO READ: Rohit Sharma lauds Rayudu, Shankar for bailing out Team India)

It was a different surface which certainly was a challenge. We saw that with the ball in hand. It got away from us towards the end which probably took them at par or probably more. The scoring rate never got away from us, but it was just that we lost wickets at the wrong time, Williamson said at the post-match presentation on Sunday. (ALSO READ: Don’t think setting totals has ever been an issue: Ambati Rayudu)

We knew it was going to be tough. We know how well India bowl on any surface. Their accuracy. If we could’ve taken the partnerships deeper, like with Tom Latham and myself, it could’ve been different. Credit to India throughout this series. They’ve taught us a few lessons in our own conditions. They’re a world class outfit, they deserve the series win. We need to learn from these lessons. It’s a game of pressure. Throughout this series, they had us under more pressure than we would’ve liked. 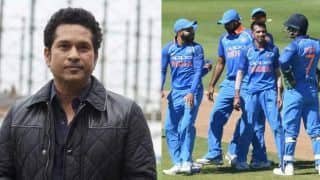 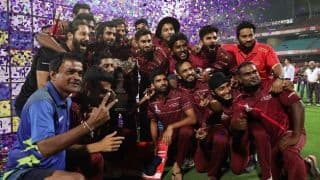