Statistical highlights of the first one-day international between India and Pakistan on Sunday. 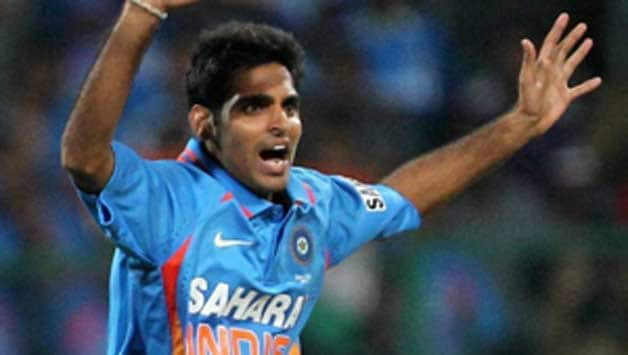 Statistical highlights of the first one-day international between India and Pakistan on Sunday.

# Mahendra Singh Dhoni (113 not out off 125 balls) has registered his eighth century in Limited-Overs Internationals – his second against Pakistan. His strike rate of 90.40 is his lowest while posting a century.

# Dhoni has registered five hundreds as captain in ODIs.

He has become the first captain/wicketkeeper to post a hundred against Pakistan in Limited-Overs Internationals.

# Dhoni has been adjudged the Man of the Match for the fourth time against Pakistan – his 17th in ODIs.

# Bhuvneshwar Kumar has become the second Indian bowler after Sadagoppan Ramesh to bag a wicket off the first ball in ODIs.

# Nasir Jamshed (101 not out off 132 balls) has posted his second highest score in ODIs, next only to the 112 against India at Mirpur on March 18, 2012. Nasir’s both hundreds are against India in ODIs.

# Nasir’s batting record against India is quite impressive in ODIs, averaging 266.00 while totalling 266, including two centuries and a fifty, in three games.

# Junaid Khan (4/43) has registered his second best bowling figures in ODIs, next only to the 4 for 12 against Ireland at Belfast on May 28, 2011. He has taken four wickets in an innings twice in ODIs.

# Junaid’s figures of 4 for 43 are the second best by a Pakistani bowler at Chepauk in Limited-Overs Internationals.

# Younis Khan has recorded his seventh half-century (58 off 60 balls) against India – his 48th in ODIs.

# Ravichandran Ashwin (31 not out) has equalled his highest score in ODIs in India.

# The first four Indian players have been clean bowled for the first time in an innings in ODIs. The said instance is the the seventh instance in ODIs.