Dhawan looked in good touch during his partnership with skipper Virat Kohli in the second match at Mohali.

India opener Shikhar Dhwan on Saturday said he will turn up for his state side Delhi in the upcoming Vijay Hazare Trophy.

Dhawan, who is presently engaged with the national team for the ongoing T20 series against South Africa, confirmed that he will play the 50-over domestic event beginning September 24.

“Now even after this series, I am going to play Vijay Hazare as well. I am looking forward to that. I make sure that whatever cricket I play, I play with all my heart whether it’s Ranji, Vijay Hazare or the Indian team,” Dhawan said on the eve of the third and final T20I against the Proteas.

Dhawan looked in good touch during his partnership with skipper Virat Kohli in the second match at Mohali.

“I have free time since I am not in the Test team, so thought rather than sitting at home or training, play matches which is good for my confidence and my skill levels.

“Match practice is the best practice, so I thought it’s a good opportunity for me to go and express myself. I was not part of the Test team so I had the opportunity.”

There were also reports that Dhawan has pulled out of the initial few matches of the domestic tournament.

The Delhi and District Cricket Association (DDCA) on Wednesday announced the squad for the tournament and batsman Dhruv Shorey was named as captain. Rishabh Pant and Navdeep Saini were also included in the squad. 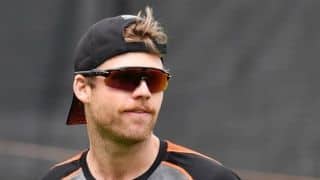